Their popularity grows, so do the risks in health 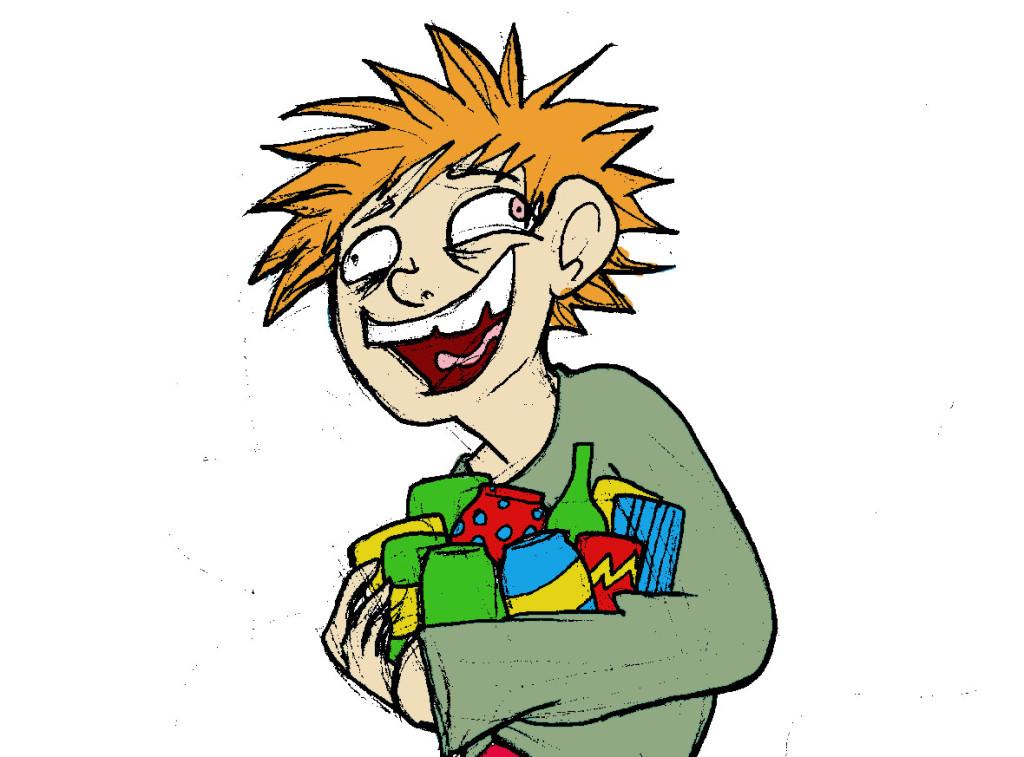 Last December, a young girl in Maryland died after consuming two cans of an energy drink. This event may not have been heard in the local news, but emergency rooms across the country have seen a dramatic increase of caffeine overdose among young adults in the last few years.

One of the main ingredients in energy drinks is caffeine, but they can contain other stimulants like guarana, a berry-plant originally from the Amazon, which contains twice the concentration of caffeine found in coffee beans.

It has become a concern of Cecile Marczinski, assistant professor of psychological sciences at NKU, who has done research in the combined effects of alcohol and energy drinks and has authored several publications on the subject. High levels of caffeine are known to be harmful to anyone with pre-existing heart conditions or prone to seizures.

“The main thing that has been sending people to emergency rooms for energy drinks, is people suffering from seizures or heart issues,” Marczinski said. “So, if you have a pre-existing heart condition, there have been several cases of serious complications and some have died.”

Energy drink companies aggressively market their products to college-age students and athletes. With names like Monster, Rockstar and Venom, they have become increasingly popular in the blogosphere of the Internet. There are thousands of bloggers devoted to their favorite brand. Lists of “the best energy drinks” detail their experience with the beverage: “The taste of it will make you feel sophisticated and important,” said an enthusiastic devotee of Venom in his blog. Others exults the high quality of the cans made of thick aluminum and the incredible looks of the cans’ graphic designs.
Very little research has been done on ingredients such as taurine and glucuronolactone, found in one of the most popular brands Red Bull, and their interactions with the human body.

A study published in the Journal of the International Society of Sports Nutrition suggests that the consumption of caffeinated energy drinks in excessive quantities among college student athletes can result in irregular heartbeats, nausea, restlessness, headache and dehydration.

“Once, I had three games in one day and I drank four Red Bulls,” said Marissa Smith, a physical education and health major at NKU. “I passed out when I got home and my parents had to help me. They gave me lots of water.”

Smith, an avid hockey player, said she still resorts to one energy drink every two weeks, before a game or a big exam.
The Food and Drug Administration does not regulate the ingredients in energy drinks because they are considered a dietary supplement rather than food. Also, there are no regulations for warning labels on energy drinks.

Marketing campaigns primarily target college athletes with promises of enhancing performance. The term “energy drink” suggests that the drink is connected with extreme physical activity. In general, athletes consume more energy drinks than the student population, according to the study published by The Society of Sports Nutrition.

The zero or low calorie concentrated shots available at vending machines on NKU’s campus are targeted to physical exercise enthusiasts but have found a way into many students’ “before a big exam” routines.
Public health officials and educators have expressed their concerns about the harmful effects of excessive energy drinks among young people.

Marczinski’s research findings conclude that more studies are needed to investigate the effects of energy drinks on frequent consumers. Senators Dick Durbin (D-IL) and Richard Blumenthal (D-CT) requested the FDA to respond to questions about the interaction of ingredients in energy drinks.