EMB grad makes a name for herself in L.A. 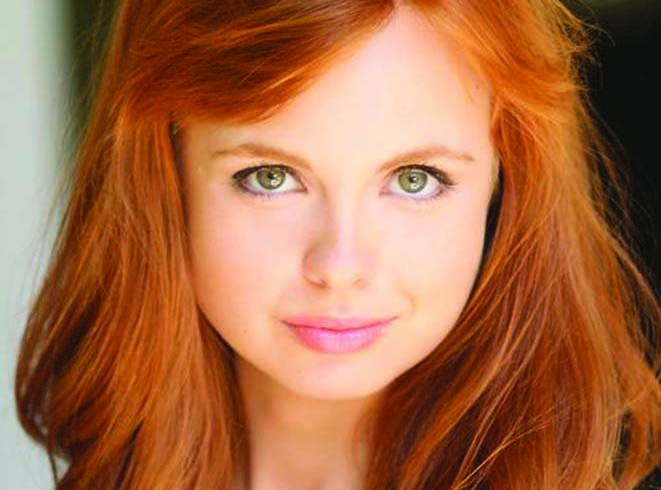 UPDATED at 11:40 a.m. on Nov. 8: The headline was changed to correctly represent Stineman’s major. She was an electronic media and broadcasting graduate from Northern Kentucky University.

After graduating from Northern Kentucky University in 2007, Galadriel Stineman chose to move to Los Angeles and become an actress. On Nov. 5, she had a major role on an episode of FOX’s “Bones” but that is not the only role she has landed.

“My first movie role was in [2010’s] ‘Junkyard Dog’ with Vivica A. Fox and Brad Dourif,” Stineman said. “We had a couple rounds of auditions with the director and casting director.”
Stineman’s manager, Kurt Patino, took notice in her shortly after that role. Patino has been a manager for eight years and was a talent agent for six years before that. He said that his biggest discovery as an agent was America Ferrera.

“Galadriel was introduced to me through an entertainment industry colleague, and as soon as I met her, I could tell she was very smart, very passionate about acting and very willing to follow the advice necessary to achieve success in Hollywood,” Patino said.

Along with “Junkyard Dog,” Stineman recently booked a role in ABC’s television show, “The Middle.” Stineman’s character on “The Middle” will be a tutor for Charlie McDermott’s character, Axl.
“My comedy idol has been Patricia Heaton for a couple years now,” Stineman said. “I started working on ‘The Middle’ recently, so I’m now working with her, which is very exciting.”
NKU helped shape Stineman’s road to Los Angeles by connecting her to creative, hardworking people and supporting her talents. She was involved in extracurricular activities including being a member of the sorority Delta Zeta.

“Dr. [Russell] Proctor was my greatest mentor,” Stineman said. “I could list 10 more teachers that profoundly motivated me and believed in my success. I was also very close to Kim Vance, the Greek Life adviser. She was a constant source of support to me.”

Since graduating from NKU, Stineman has had another motivating person in her life, her manager. Patino’s job is to motivate Stineman’s career through collaborating with her through choice of headshots, networking and teaching her about the industry in general. Stineman and Patino met early in his managerial career and, according to him, it has been one of his greatest and most rewarding business relationships.

“I knew she had a natural talent, and the steel nerves needed to compete in an audition situation,” Patino said. “She also is a very smart girl, and I knew she would explore ways to become a better and better actress as time went by and have the discipline to always work hard to achieve her goal of making it as a working actress.”

As Patino introduces her to agents, casting directors, coaches, attorneys and publicists, Stineman has also met a few actors too.
“I worked on Showtime’s ‘Shameless’ a couple months ago and got to hang with William H. Macy one of the days. Picking his brain about theatre and life was an honor,” Stineman said.
After a few years in the business, Stineman has simple advice to NKU students who are looking into acting.

“One thing the best actors I know all have in common: they don’t make excuses,” Stineman said. “Be accountable for your success and don’t be a victim. Excuses will not get you close to where you want to go. They’ll just keep you busy while someone else gets what you want.”