Knock out Drag off! 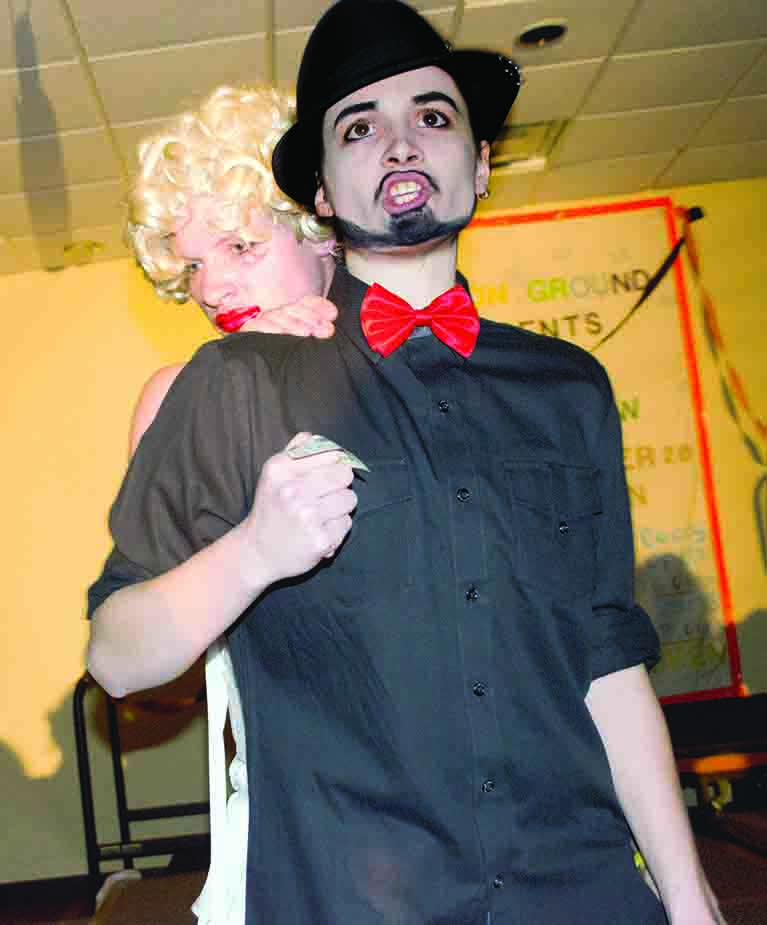 Campus was invaded on Friday evening by drag queens and kings, who received a very friendly welcome from an audience of over 200, according to Samantha Durbin, Common Ground vice president and senior psychology major.

Common Ground held their annual Charity Drag Show on Oct. 26, with proceeds split up three ways. “It shows the community that we’re here to give back. We’re not just an LGBT community. The main thing I love about it is just getting people involved in it. That really means a lot to me, knowing people will support us.”

The evening’s host, Crystyle Starr, a current Northern Kentucky University senior and theatre major, said, “I believe that every drag queen who performs out in the city should be doing some type of charity work. They need to give back to the community that supports them.”

Along with Starr, four other professionals performed at the drag show including Justin Beaver, Velma Tration, Giovanni Lives and Genevieve van Hore. After entertaining those in attendance and raising money for charity while they were at it, the five performers became a panel of judges and selected winners from the Halloween costume contest, and amatuer performance competition.
With the opportunity to raise money for a charity of their choice, four groups competed in the amateur drag show competition. Elizabeth Mayberry and Heather Owens, also known as Jack Demoff and Jack Lacock, claimed the title, and received a third of the proceeds from the evening for their charity.

“This is our philanthropy week, and we were trying really hard to send a really large donation to the Phi Sigma Sigma Foundation, and now, not only do we have the money we raised through the events we held this week, but we also get to say that there were a couple of us who participated in something just for fun,” Owens, sophomore Spanish and English double major, said.
While money was raised for charity over the course of the evening, awareness was also increased among NKU students in the audience.

Mayberry, junior political science and English double major, commented on the importance of the evening saying, “LGBT issues are really, really big, because it’s what I want to dedicate my life to. I would love to work with the Human Rights Campaign.”

According to Durbin, Common Ground supports GLSEN, which is the Gay Lesbian Straight Education Network, and a third of the proceeds was donated to their cause. Phi Sig won a third of the profits, and the rest of the money went to operational costs. Despite the rainy evening, the event turned out to be a great success with over six hundred dollars raised for charitable donations.