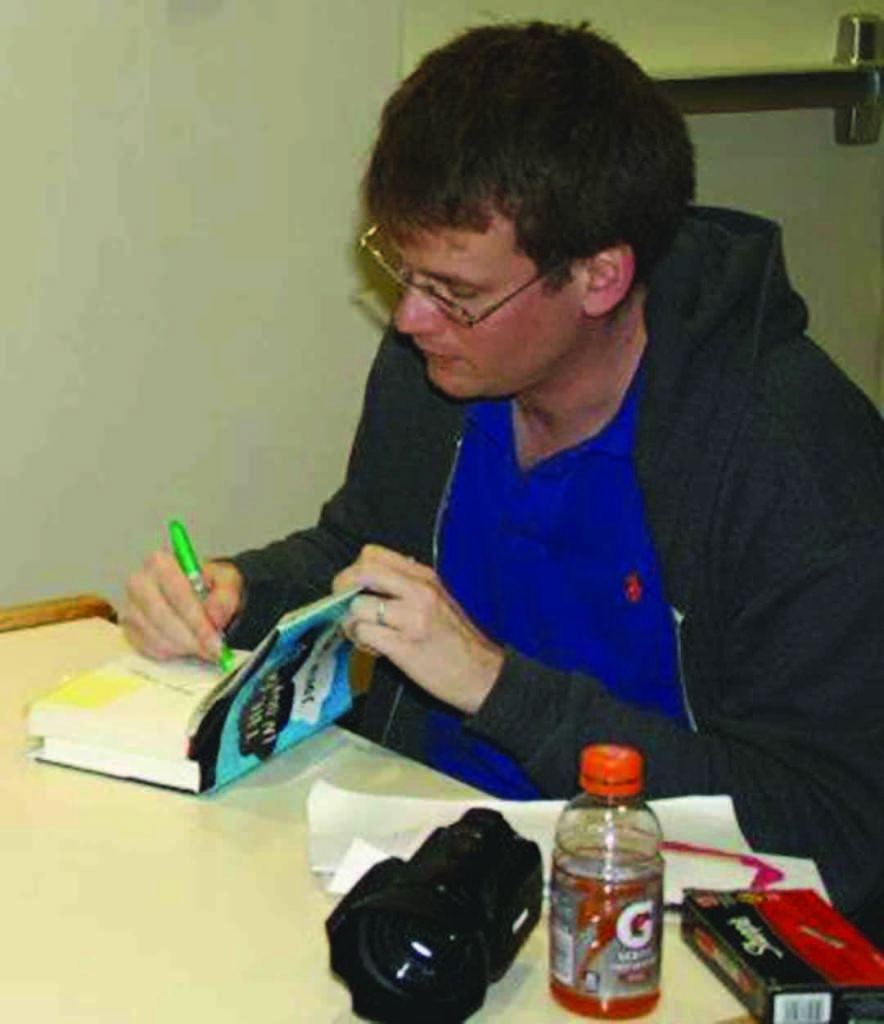 Though Northern Kentucky University students spent their fall break in many different ways, some had the opportunity to meet the New York Times bestselling author, John Green.
Green traveled to the Public Library of Cincinnati to kick off Teen Read Week in his own special way by expressing the importance of literacy, encouraging those over 18 to vote, answering life’s questions and speaking about his books. According to Diane Smiley, the Youth Services and Programming Coordinator at the library, an estimated 1,200 fans were in attendance.

NKU student Kelsie Brown, sophomore secondary English education major, said, “John Green is an adult voice for our generation, because he takes us seriously. He sees our merit, wants us to get involved. He’s not just a popular culture icon.”

Green’s entrance to the literary world began in 2005 with the release of his first novel “Looking For Alaska” and he has since written and released three other novels, “Paper Towns,” “An Abundance of Katherines” and “The Fault In Our Stars;” he has also collaborated with various authors to release “Let It Snow” and “Will Grayson, Will Grayson.”
Sophomore social work major Rachel Mullins said, “He relates a lot, because he’s been there and he’s already been through it. When things get rough, and we become all melodramatic and what not, it’s not the end of the world.”

“I just remember that there’s bad things that happen, but there’s always positives, too, and not to let one outweigh the other,” said Mullins, reflecting on what Green has taught her.
Upon being asked why we suffer, Green gave a very touching conclusion to his speech: “Even though we all suffer, even though we will all have terrible pain that we have to live with in our lives, there is also going to be moments of great fulfillment and great feeling of connection. There’s a lot of hope in that,” Green said. “I am very, very grateful, that even though we suffer, and I don’t want to diminish it, even though there is terrible pain in the world, for now, for today, we are very lucky to be observers of the universe.”

After his speech, he answered questions from the audience, then proceeded to sign books for those in attendance, taking the time to talk with each person who came through the line. “As teens came through the signing line, it was apparent, even in the very brief interactions they had with John, that his books have touched so many of them personally,” said Smiley.

“It helps put into perspective, especially if you’re an aspiring author, or you’re taking philosophy classes, or you’re taking sociology classes,” Brown said. “He’s this award-winning author, who is making money off of this, off of doing what he loves. He’s an inspiration that no matter what we should just keep doing what we love to do and eventually we’ll make it.”
As John Green would say, “Don’t forget to be awesome, nerdfighters.”