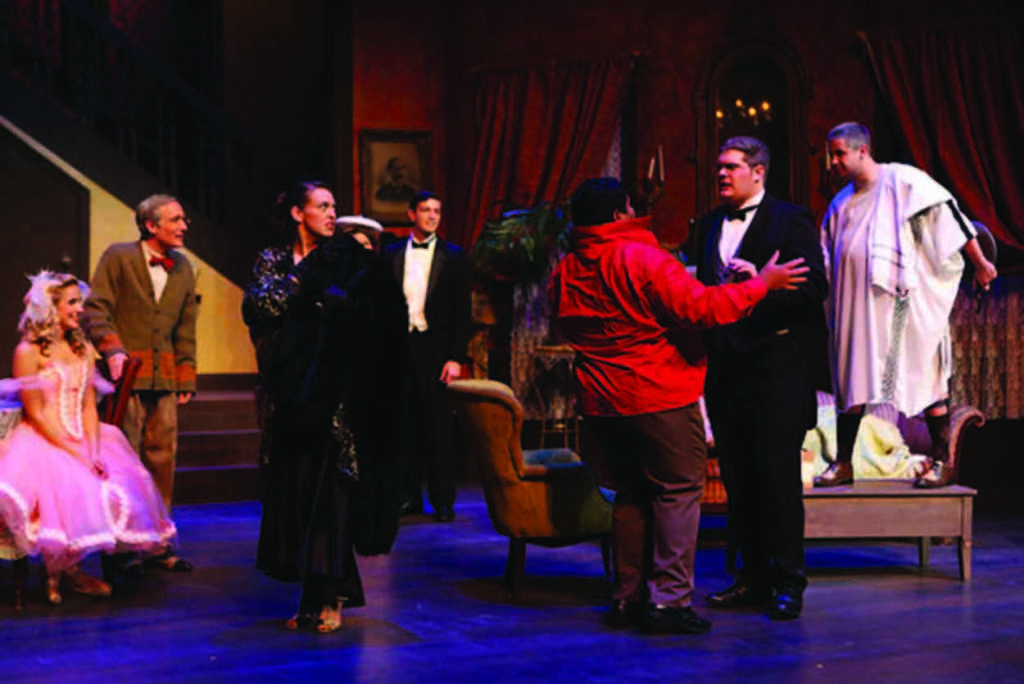 This past weekend, the Northern Kentucky University Department of Theatre and Dance began its season with the classic comedy “You Can’t Take It With You,” a three-act masterpiece written by George S. Kaufman and Moss Hart.

The production had a well-balanced dose of comedic moments and insightful discourse perfectly executed by its remarkable cast. This past weekend’s shows drew an impressive audience, a sign that this year’s theatre season will be a successful and memorable one.

Set in the 1930s, “You Can’t Take It With You” tells the story of life at the eccentric Sycamore household where each family member has a special hobby. When Alice Sycamore, the only “normal” family member, falls in love with the boss’ son, Tony Kirby, at her office, all chaos ensues as the Kirbys show up for dinner on the wrong night.

Tony’s straitlaced parents, Anthony and Miriam, are appalled as they witness firsthand the eccentricities of each family member.“[My role] is much more heartfelt than any of the other main shows I’ve been in,” Kyle Gaskin said, who plays Mr. De Pinna in the play.

Gaskin, a senior theatre and arts major, said he enjoys his role as the weird and nutty New Yorker De Pinna and found it easy to get into the role.

“It’s certainly the character I’ve been most attached to,” Gaskin said. “He’s a very warm character and very fun to play.”

For Gaskin, a large theme in the play is the role of family and what is a normal family. A key moment in the play is when Alice begs her family to stop their weird habits and be less embarrassing. But as the Sycamores are contrasted with the Kirbys, the value of individualism and hobbies in a family becomes a key to getting along and functioning healthily.

The man behind the scenes is director Mike King, associate professor in the theatre department who teaches acting classes for the most part.

King is very pleased with his cast and crew and enjoyed watching his actors revel in the limelight. “It was really interesting to see how the energy from the audience really lifted up the performance [from the cast],” King said after opening night.

There are four more shows left this weekend and King and Gaskin encourage everyone to come and see it. “It is one of the great comedies in American literature and I’m very proud of my cast,” King said, “they do a wonderful job bringing the characters to life.”

The show has a little something for everyone, everything from silly comedic moments to thoughtful insight on the role of family. “If you want to see something really funny, you should come see this show,” Gaskin said, “this is one of the better shows that NKU has to offer.”