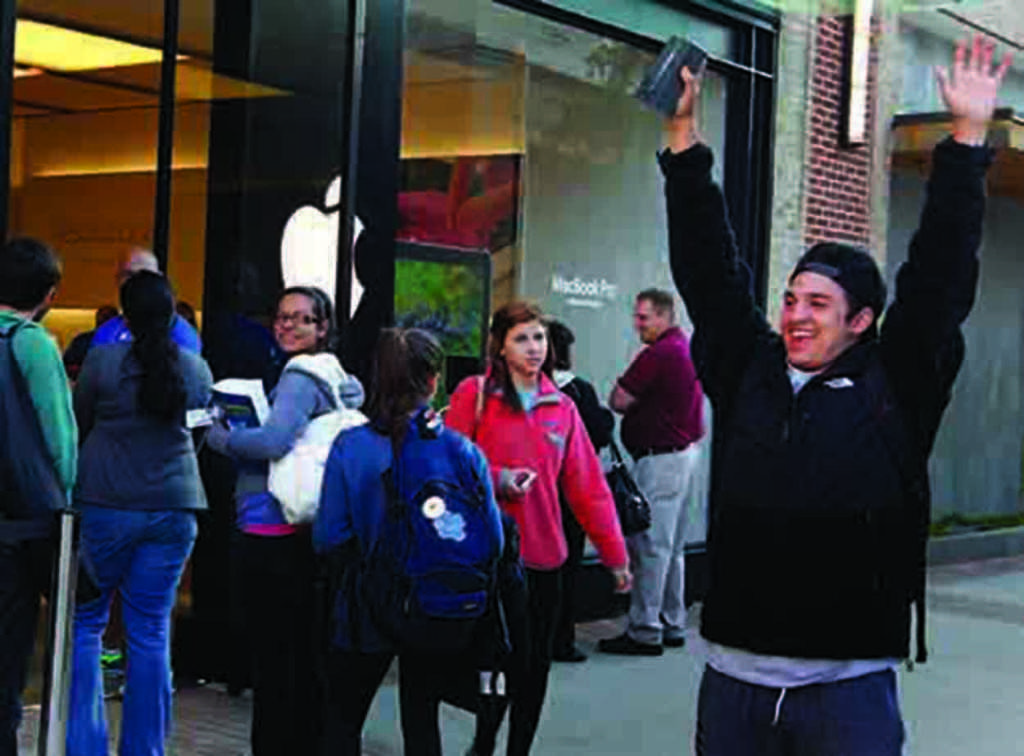 On Sept. 21, Apple released the iPhone 5 and before it even hit the shelves, it had already sold out in many places. Northern Kentucky University students, however, are not as excited.
The online orders have been delayed for up to a month and customers camped outside the New York City Apple Store for over a week to get the new phone.
After interviewing 50 NKU students, the phone was met with mostly negative responses. Only 10 students definitely planned on buying the phone.

Of the 10 that wanted to buy the phone, seven had previous versions of the iPhone that just needed updating and three just wanted to try out an iPhone for the first time. None of the 10 were excited about the new features.

The iPhone 5 has a taller screen than the previous iPhones. It is four inches tall, 18 percent thinner and 20 percent lighter than the previous models.
“I want to buy it just because I have the [iPhone] 4 and I just kind of want the newest one,” Catherine Arnold, business management major, said.

Unlike the other iPhones, the iPhone 5 has a metal back instead of glass which makes the iPhone sturdy enough to decrease your chance of having a heart attack when you drop it.
“I’m not going to buy it because it’s not different from the last one,” sophomore psychology major Elizabeth Duncan said.

The biggest complaint from students about the device was that the dock connector was changed. The dock connector is smaller due to the decreased phone size. This smaller size breaks the compatibility with all of the accessories for Apple products. So in order to use the old radio dock you will have to buy a $30 adapter.

“I just bought the iPhone 4 a few weeks ago so I don’t think I’m going to upgrade to the five. I’ve seen it and I’ve heard about it but I don’t think it’s worth all the extra money for just a few new features that don’t pertain to me,” sophomore communication major Taryn Ward said.
There were 23 students who weren’t interested in the iPhone because of the price.

Apple announced that, with a two-year contract cellular upgrade, the lowest iPhone 5 price is $200 and without a new contract it is $649. They also changed the price of their previous iPhones. The iPhone 4 is free with an upgrade and the 4S is $99.

Although NKU students may not like it, AT&T discussed the iPhone 5 in an analyst conference on Sept. 19. The company said it has sold faster than any previous model of smartphone, but has not released any specific data.

“This continues to be a product that has incredible demand, and people are willing to pay to get it,” AT&T CEO Randall Stephenson said at the event.