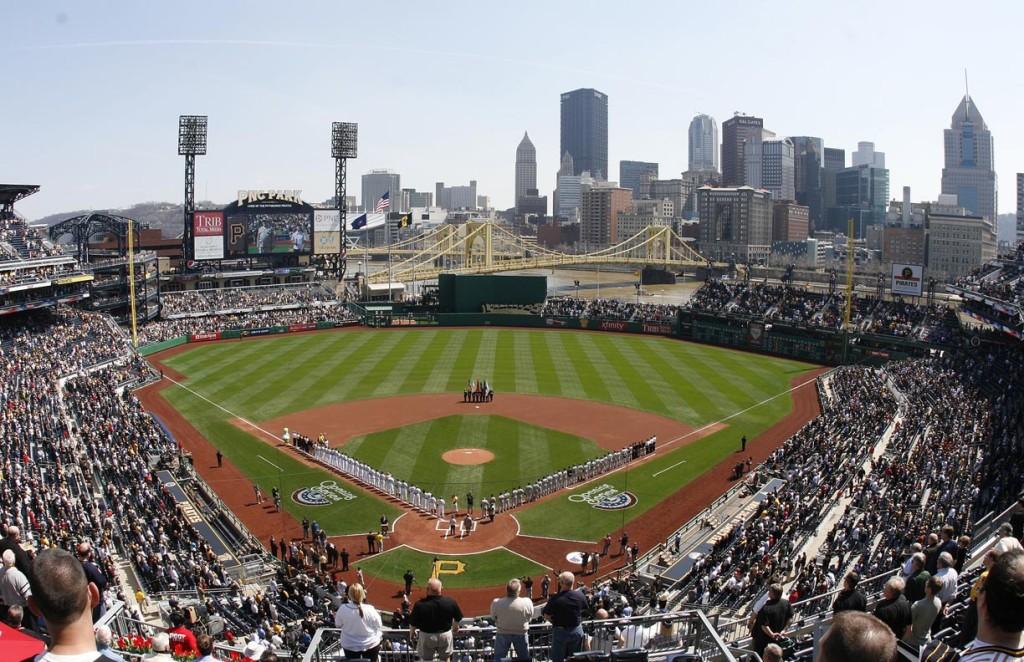 It’s not everyday that a Northern Kentucky University alumna works for a Major League Baseball team. Bree Main, former designer and presentation editor for The Northerner and a 2004 graduate, works as a publications designer for the Pittsburgh Pirates baseball team in Pittsburgh, Penn., and has since May 2007.
Graduating with a degree in journalism, Main knew she wanted to work with her passion — baseball. After applying for a job with the Cincinnati Reds and not getting it, she accepted a job with the minor league Indianapolis Indians as a postgraduate intern.

Once college loan payments began, Main left Indianapolis and began working with Thompson Textiles back in Cincinnati.
“I wasn’t trying to find a design position, but I just fell into it,” Main said.

Amanda Van Benschoten, reporter for the Kentucky Enquirer and former Northerner editor-in-chief, is not surprised that her friend is excelling as a designer for the Pirates.

“She redesigned the entire paper the year she was head of design and I was editor in chief. It made us look like a real newspaper. It really did make us seem more credible,” Van Benschoten said. “She has a very good eye and was always very professional, but fun to work with.”

After a year and a half at Thompson Textiles, Main decided to look for a job in baseball because her husband was looking to relocate. The Pittsburgh Pirates had a publications design job open.

“I had the baseball experience with the minor league, I had the graphic design experience, my college degree in writing, and product management with the textbooks,” Main said. “Basically, everything I learned at The Northerner came full circle with the Pirates job of product management and working with tight deadlines.”
After five years, Main is still living the dream, but says the off-season is the busiest.

“Between January and opening day, I produce five different projects, including our media guide, a spring training magazine, a yearbook, a playbill for every home game, and also, projects for a minor team in Florida that we work with,” Main said.
A lot of common sense and time management goes into her job.

“I have to keep up with the team at all times,” Main said. “I have to know the rosters and the upcoming players. Last year, we had 52 different players on the roster. “
Main also has to keep up with traded players because the moment the players are traded, new ads have to be selected to fill that gap.
Mary Cupito, journalism program director and professor, remembers having Main as a student.

“She was one of those students who was just wonderful to have in class because she asked really good questions and took criticism and direction well.”
With her creativity combined with a strong work ethic, Cupito said she wasn’t surprised that Main was doing so well.
Although the job is stressful at times, Main is still drawn to the sport for its historical value.

“I love the history of the sport,” Main said. “I wanted to work with the Reds so badly initially, because they are such a historical team.”
Even if the Pirates haven’t played their best this year, seeing fans in the seats reminds Main of why she loves her job.
“People coming out for the games, and as a fan, it still gets me excited to go to work. I smile as I walk in the front door, still to this day.”