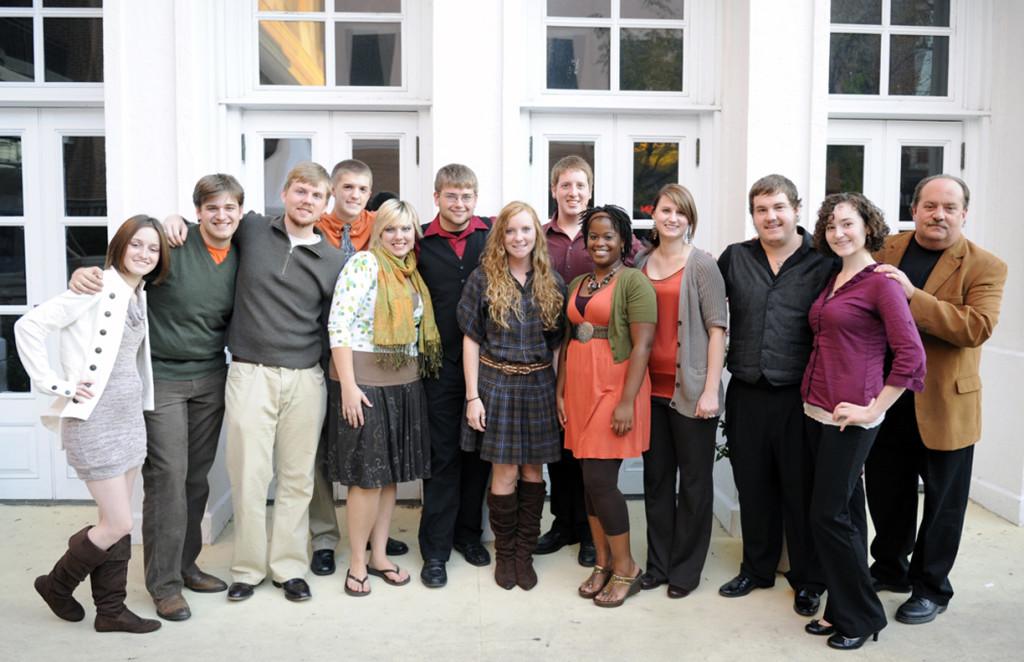 The Northern Kentucky University choral program was kept busy this summer with performances at several international choir competitions all while planning for a performance at the 2012 Fall Convocation.
In May, the NKU Chamber Choir flew to Varna, Bulgaria to take part in the International May Choral Competition. Described by the choir’s conductor and director of choral studies, Randy Pennington, as the “grand prix of choral singing,” the International May Choral Competition is a fierce competition where invitations are hard to come by. In Bulgaria, the NKU Chamber Choir was one of 17 groups invited to attend.
“It was a great experience for my students to have a chance to hear all of these other groups,” Pennington said. “The students were able to share their music with other students from other countries. It is always a learning perspective which gives you passion and drive to continue to perfect things.”
At the end of the competition though, there wasn’t much to perfect as the chamber choir came away with a silver medal losing narrowly to a Filipino choir.
There was little time to bask in their success though. Upon their return to northern Kentucky, the vocal jazz ensemble joined the chamber choir where the two groups took part in the World Choir Games in Cincinnati.
Sometimes referred to as the “Choir Olympics,” the World Choir Games were started by the Interkultur Foundation in 2000. Despite its youth, the competition quickly became known as the largest competition in the world for choral programs. And although this year marked the first time the games were held in an American city, the competition was by no means diminished.
Over 362 groups comprised of 15,000 individuals flocked to the Queen City in July to compete in the games. There, choir groups competed in one of 23 categories ranging from young children’s choirs to barbershop.
“It was really cool because it was in our backyard” said NKU senior Zac Mills. As a member of the mixed chamber choir, Mills was a part of both competitions. The two-month gap between competitions though, was one of the many challenges the choirs faced.
“Your voice gets out of shape because you haven’t been using it the way you normally are during the school year,” he said.
The two choirs seemed to have no problems shaking off the dust as the mixed chamber choir won gold and the vocal jazz ensemble took home a silver medal in their fields with the chamber choir missing out on the prestigious title of World Choir Games Champion by only four points.
“I think it is important for the choirs to tour and perform internationally,” Pennington said. “It says something about us.” Their statement has clearly been heard from those at home, specifically by NKU President Geoffrey Mearns who invited the chamber choir to perform at the 2012 Fall Convocation.
While Pennington was honored to have a chance to sing, he acknowledged that the honor would not be without some difficulties. Some members graduated in spring 2012, leaving the choirs slightly undermanned.
To build the group back up, Pennington hopes that any student with a love for music will audition for a spot in the choirs. “A lot of students on campus don’t understand that all of our ensemble groups are open to non-majors. At least a third of the chamber choir members are non-music majors,” he said.
Auditions for the chamber choir, vocal jazz ensemble as well as other choral groups will take place during the first week of classes. Contact the music department website or call Randy Pennington for more information at 859-572-5286.