Silence is a Drag 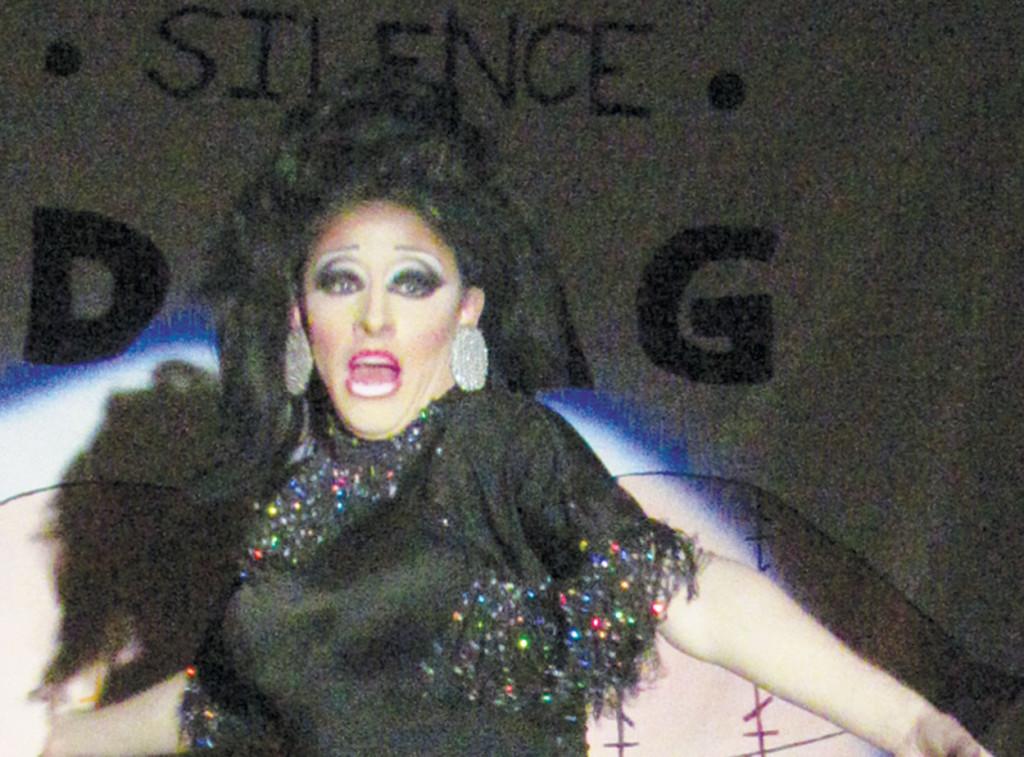 NKU’s organization for gay-straight alliance, Common Ground, hosted this annual drag show to raise money for LGBTQ (Lesbian, Gay, Bi-sexual, Transgender, Questioning) groups, the GLSEN (Gay, Lesbian and Straight Education Network) and Common Ground.
Performers volunteered their time and effort, donating all earned tips to the cause. The tips, in addition to the $3 cover charge, raised over $550. One-third of the proceeds went to GLSEN, while two-thirds go to Common Ground.

The show began with a spotlighted performance by hostess Crystyle Starr. The music boomed as she danced and lip-synced. Starr worked her way through the audience, collecting dollar bills from eager tippers, sometimes using her mouth instead of her hands. As her performance ended, she took back the microphone and introduced the next performer.

Dressed in over-the-top make-up and outfits, performer after performer took the stage and danced and lip-synced to a three- to five-minute musical number. Starr occasionally visited the audience in between performances, cracking jokes as well as embarrassing some of the audience members.

Starr even hosted a quick, entertaining game of musical chairs on stage with the help of five volunteers from the crowd. This version had a slight rule change to the traditional game. Whoever was caught without a seat when the music ended could finish the song lyrics to redeem himself or herself and eliminate another player.

While many of the performers specialized in female illusion, the show also contained two women dressed as men, one of whom performed as “Justin Beaver.” With a purple flat bill hat, leather jacket and skinny jeans, Emily Thiem fit that role nicely. Thiem also later performed Will Smith’s “The Fresh Prince of Bel Air.”

One of the most outstanding and, without a doubt, athletic performances of the night was by Mari Jane. Performing a Whitney Houston song, she had much of the audience on their feet, cheering her on. She high-kicked, performed one-handed cartwheels and did the splits numerous times throughout her performance.

Near the end of the show, Starr once again took the stage to do a performance that paid tribute to suicide awareness in the LBGTQ community. In a stunning yellow dress, she performed “Beautiful” by Christina Aguilera. Audio clips played of news reports of suicides by teens and young adults because of their sexuality being “outed.”

Common Ground Vice President Kellie Peyton enjoyed the show and had a few words to say about Nikki and Jessica Dimon, who performed at the event. According to Peyton, these performers are no strangers to the drag scene; they are both significant names in the local drag community. They have appeared at many popular Cincinnati establishments, such as The Dock downtown.
Starr often volunteers her time for the LBGTQ community, and many times that means she must perform twice in one night.
“I know this month alone I’m doing eight different benefit shows on top of my regular,” Starr said. “Usually it happens on days like this where it’s literally two shows in day… for [another] two and half hours.”