Equines, the myth and that three-letter word 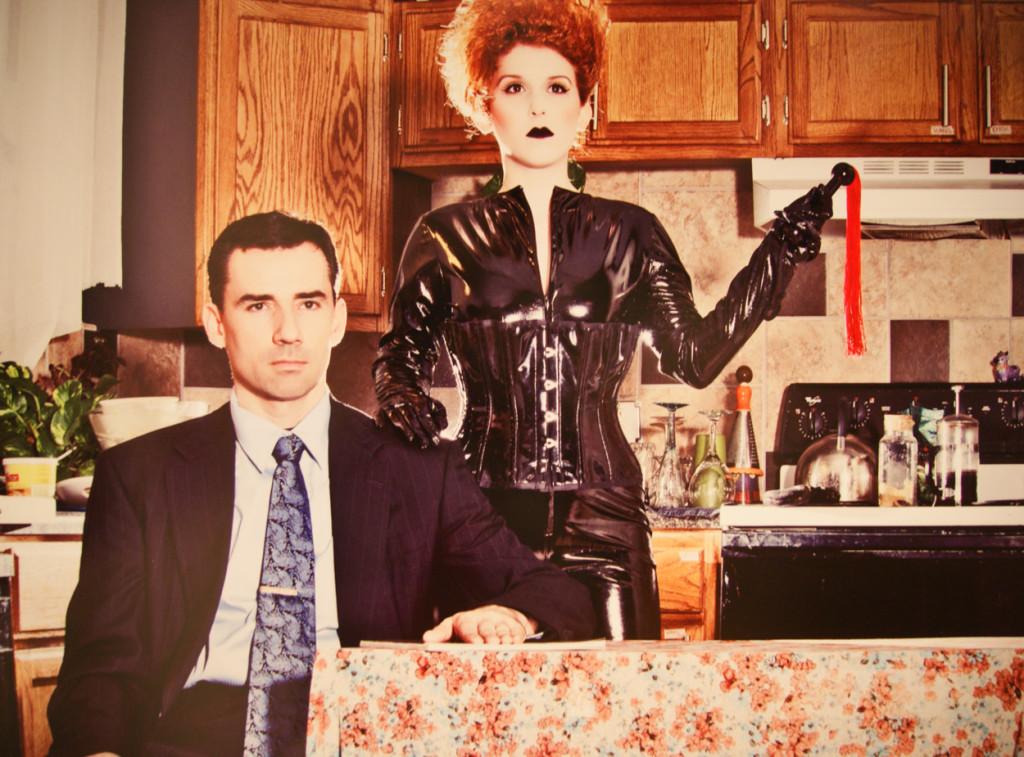 The 2012 Spring BFA Senior Exhibitions had their opening reception April 19 in the main gallery of the Fine Arts Building. Showcased by the Department of Visual Arts, this semester’s show featured four senior artists whose artwork collectively covered painting, sculpture, photography and four-dimensional studies.

Where one collection started, another ended, and the distinction between them is as obvious as the subject matter.

An enormous oil on wood painting of six horses greeted viewers as they entered the door, and among the constant flow of people, it seems that the stallions are galloping right across the wall. This piece, called “Children of the Wind,” is the artwork of Danielle Wallace.

“The large one [‘Children of the Wind’] is 60 feet long took 140 hours,” Wallace said. “Just over the course of a month and a half.”
Wallace said that on a medium sized work, it took her eight to 10 hours to build her canvas and 60-80 hours to paint.

Although horses have been featured prominently throughout history, Wallace’s desire was to capture the emotions of the animals and the impact one has when physically standing in front of a horse.
“Because [previous generations of photographers] didn’t really have an understanding or they couldn’t use photography to really have a great understanding of the horse’s bones and anatomy,” Wallace said. “They always kinda looked a little funky to me.”

Wallace’s self-proclaimed job was to present horses in a natural light. Her efforts were realized through the many different poses and motions each horse took in each piece.
Nestled in its own closed-off section of the gallery was Jesse Byerly’s four-dimensional, or new media, art titled “Self Sentient.” An object that resembles an old pirate ship wheel sits in a room divided by a black curtain. As someone turns it, a video projection passes through the glass in the center of the wheel to create different images on the wall.
Byerly’s artist statement reflects the meaning behind his pieces, stating: “If we wish to understand others, we first must understand ourselves.”

The artwork by all four artists may be different in form and subject, but they seem to complement each other well, giving visitors something constantly new to look at.
“You can really tell that the students put a lot of hard work into these projects,” said senior Ashley Pratt. “I don’t even feel like I’m at school; I feel like I’m at a real museum.”
“A World Unnoticed” is a piece by Pete Hall that cannot be missed from any viewpoint in the room. Hanging from the ceiling, a steel serpent seems to effortlessly slither its way through the open gallery air, while inflated latex — among other materials — creates a sea or lake-bed floor.

The inspiration behind Hall’s three-dimensional art comes from those things in life, nature and among the species that are taken for granted everyday. “Steel represents strength in body and form,” Hall said in his artist statement, “while the latex which is inflated will die over the course of the exhibit, losing size daily.”

“There is no one way for a person to experience sex, sexuality and gender,” Fox said in the artist statement that described her works.

While a constant flow of visitors, family and friends left and entered the room, the opening reception may not have been as well visited as previous exhibitions.

“There are a lot less people this time,” said Matt Dugger, a senior at NKU whose artwork was showcased in the fall semester’s senior exhibitions. “It seems like it’s half the amount of people than in the fall.”

The Spring BFA Senior Exhibitions are sponsored by the John L. Magro Foundation, which has provided scholarships to NKU students pursuing the creative arts. The exhibition will be open until April 27, running through the week from 5-7 p.m.