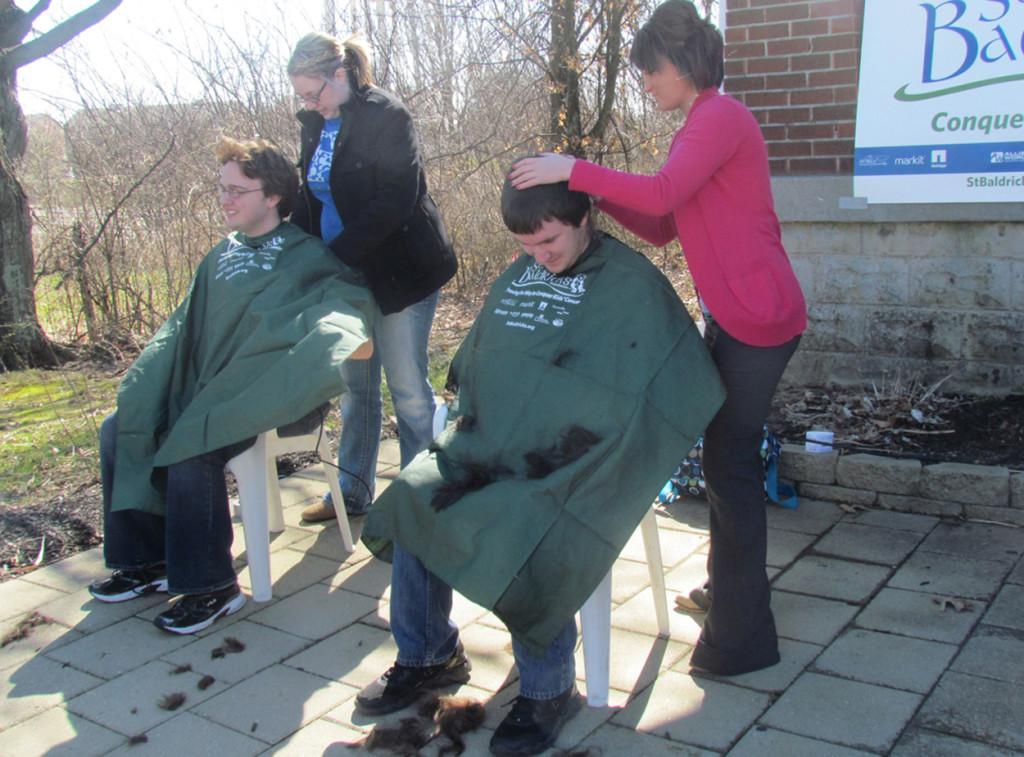 On a cool and crisp morning the brothers of Sigma Phi Epsilon gathered at Skyline Tavern to support St. Baldrick’s Day, a day dedicated to the St. Baldrick’s Foundation. This philanthropy event held on March 10 seeks to raise money and awareness for childhood cancer, president of Sig Ep Billy Enderle said.
St. Baldrick’s Foundation is a volunteer-driven charity that hopes to find cures for childhood cancers so that these children can lead long, healthy lives in their future. Although this is not Sig Ep’s national philanthropy, the gentlemen on NKU’s campus decided last spring that they would invest in helping this organization.
Sig Ep collaborated with other organizations last year in order to raise money for St. Baldrick’s but chose to do something closer to home this year, according to senior electronic media and broadcasting major and fraternity brother Ryan Hall. For Hall, supporting childhood cancer hits home. Hall said that when he was two years old, his older cousin passed of leukemia.
“Anytime I can support cancer, it always means so much more because of the personal connection,” Hall said.

To support St. Baldrick’s, the members of Sig Ep, among others, shaved their heads on a chilly morning. The entry fee for the event was $50, but additional donations were accepted.
“It was super cold after I got my head shaved,” Hall said. “It felt like I lost ten pounds.”
Josh Lambert, senior business informatics major, was the team captain for the St. Baldrick’s Day event this year. He was able to work with Kristyn Huening from the foundation, who guided Sig Ep in holding the event, Hall said.

St. Baldrick’s supplied t-shirts that were handed out to those who participated in the event and capes for the haircuts, but Sig Ep was responsible for recruiting licensed barbers.
Although the awareness of childhood cancer is an important factor, Lambert said he got a lot out of the event through fundraising.
“I was able to raise $355 just by sending emails and Facebook messages to family and friends,” Lambert said. “Everything could be donated online or by a cash or check donation.”
According to Enderle, the grand total raised at the event was $4,400. The fraternity was very close to meeting their goal of $5,000. He said this is an event that the fraternity hopes to continue to support in the future. The event, whose name derives from “St. Patrick’s Day,” will continue to be held annually during March.