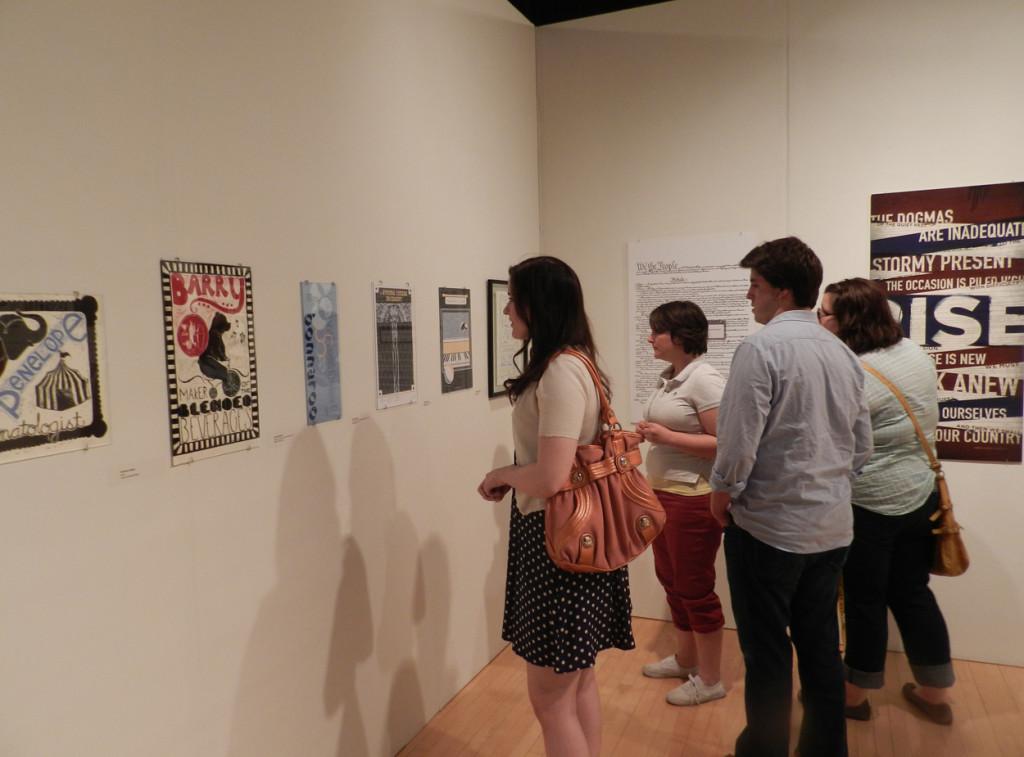 In the heart of Northern Kentucky University’s Fine Arts building is a dual room exhibiting student artwork. Each section of the room is brightly lit, illuminating the hardwood floors and plain white walls decorated with the artwork of contributing students.

The Annual Juried Student Exhibit kicked off its artist and awards reception Thursday, March 15. The exhibit is open Monday through Friday from 9 a.m. to 9 p.m. until March 30.
The College of Arts and Science presents this visual arts exhibition in order to give students the chance to showcase their talents.
Exhibitions and collections director David Knight said the exhibit has been going on since he came to NKU 20 years ago.

The doors opened at 5 p.m., allowing spectators to view the exhibit before the reception, which began promptly at 6 p.m. As the reception began, Knight addressed the audience of artists, their families and observers.

Computer science major Arthur Littlefield, who attended the opening, expressed approval of the event. “I really like seeing what students are doing here at NKU,” he said.
Littlefield said he is a hobbyist photographer and that he likes coming to the gallery from the standpoint of art appreciation.

The Best of Show award went to Kendra Douglas for her 3D sculpture titled “An Encounter with Deception: Lactrodectas Mactan 4,” which was positioned in the middle of the showroom floor. Douglas’ work depicts a black widow spider in motion. It is crafted from steel and porcelain.

“The arms are placed up in cyclic motion, where you don’t know if it’s in a quarrel or a dance,” Douglas said. The prize came with $100 cash.
She was the only participant to receive a cash reward prize. Merit awards that consisted of $50 were granted to nine other participating students.
Rachel Ellison, another visual arts student, earned a merit award for a three-sequence self-portrait piece that she submitted. She aspires to own a business with her husband, who is a graphic designer.

“It is really friendly competition,” Ellison said.
The exhibit features unique ways to display artwork. New media art major Jesse Byerly, makes use of his talent by using video and sound. Byerly explains it as a combination of music and narration of old film.

Byerly describes his work, titled “Un Ruminate,” as a mixture of techniques. “It’s a great way to incorporate a lot of art,” he said.