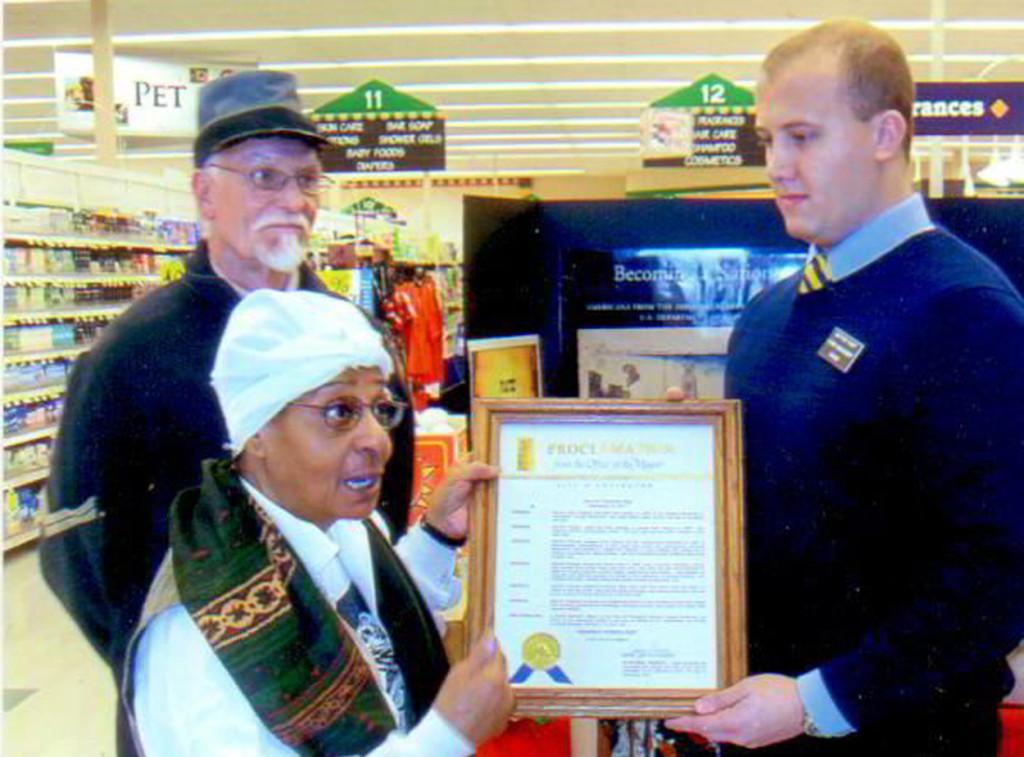 In the shelves of Steely Library at Northern Kentucky University is a recording of Patricia Humphries-Fann’s performance of “The Ghost of Harriet Tubman.” A lifelong Northern Kentuckian, Fann has made it her life’s work to help educate people about African-American history.
Fann is a youth advocate, an ordained exhorter at St. James A.M.E Church and the president of the missionary society.
Growing up in Northern Kentucky, Fann said she did not recall being exposed to racism. As a student at Holmes High School, a forced-integration school in Covington, Fann said her teachers didn’t talk about slavery; she said she learned by hearing others discuss it. In her youth, education of black history was not important to her.
She had the opportunity to witness Martin Luther King, Jr. deliver a civil rights speech in Frankfort, Ky., as a teenager in 1964. But it wasn’t until 1979, during her work at the Northern Kentucky Community Center, that she made a perspective-changing discovery.
A white janitor was earning more than a black principal.
With this discovery, she became engrossed in the movement for change.
The high school-educated Fann began writing, and eventually began freelancing for the likes of NIP Magazine, the Kentucky Enquirer and the Louisville Defender.
In 1982, she founded the Suspension Press, a Northern Kentucky newspaper organization. Six months later, she aired the first episode of the cable television show Suspension Press Presents. The newspaper published for 9 years. She plans to start her show back up on Public Education, Government channel A-21 on Thursdays at 4 p.m. and Sundays at 9 p.m.
Margaret Myers, associate professor of marketing, calls Fann a “very dedicated community citizen. [Her] tremendous spirit brings unusual levels of entrepreneurial energy to both her non-profit and her business endeavors.”
In 1983-84 Fann begin working with NKU on the Annie Hargraves Education Achievement Program, at the encouragement of then-NKU president Leon Booth. The program, sponsored by P&G and was presented through the Afro-American Studies Office, aimed to help integrate the campus.
“She was a community liaison with the black studies program at NKU,” said Michael Washington, professor of history at NKU.
After working with young people in the community through her newspaper, television show and program at NKU, she discovered a new technique to bring awareness of black history in the community.
“The Ghost of Harriet Tubman” project was born in 1985.
In the performance, which Fann describes as an exhibit, she dresses as a slave, wears makeup and clutches a staff as she takes on the character of Harriet Tubman. She has presented “The Ghost of Harriet Tubman” throughout Northern Kentucky and Cincinnati, as well as in California and London, England.

Fann has had many other achievements. She started two more organizations: New Directions in 1990 (a group that helps disadvantaged girls) and The Lincoln Grant Youth Outreach Achievement Program, with which she has helped many young people get into college.

“Give me a lemon, I’mma make lemonade, candy cookies, pie,” Fann said in relation to her ability to turn any opportunity to help people into a success.

LaChandra Washington, a former NKU student, said that she appreciates Fann’s “will and drive to help the people in the community.”

“She is real educational about everything she does,” LaChandra said.

She continues to perform “The Ghost of Harriet Tubman” and is now pursuing a career in making inspirational gift cards.

Fann is also still active in the community. Her participation in the Annie Hargaves Day celebration is an ongoing activity on her agenda. She helped found the event in 1997. Copies of her newspaper still linger in the Kenton County Library; you can find them in microfilm format.

Fann was honored by her home city of Covington a year ago with an official designation: Pat Fann Day.