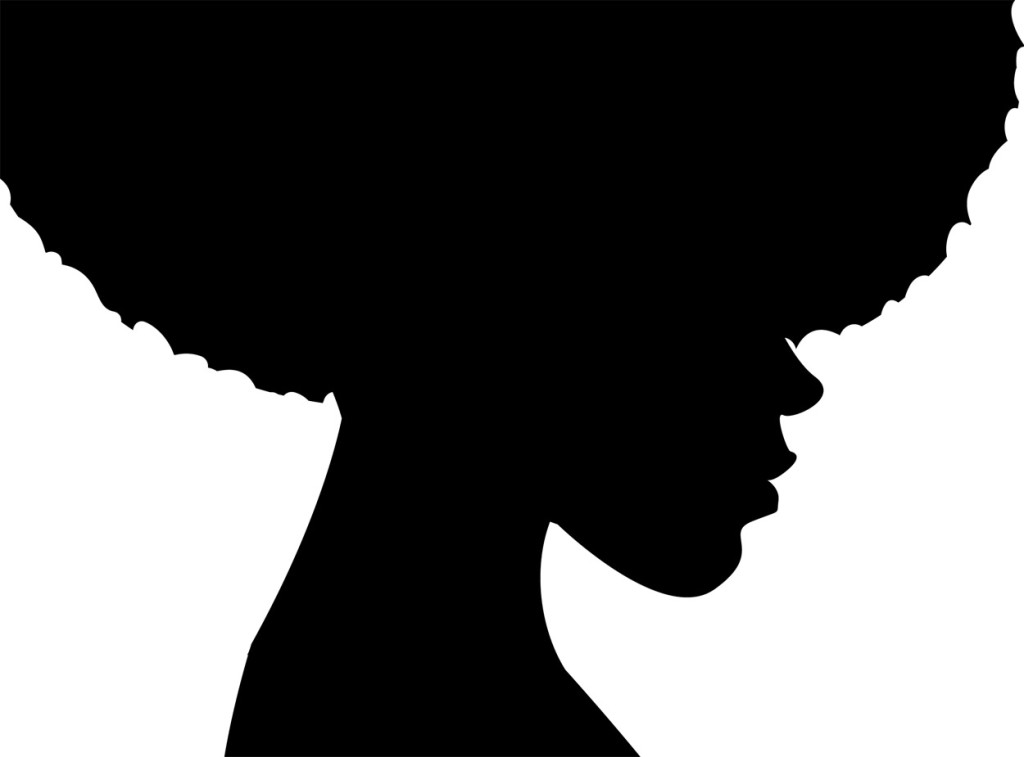 When you think of “good hair,” what comes to mind? Creator, editor and producer of the film “Natural Women,” Cindy Hurst, recalls a discussion she had with a group of black children. Long, straight and silky is how many of the children described it. “Bad hair” was called short, nappy, kinky or curly. One little girl, Hurst said, answered, “My hair.”

During a panel discussion sponsored by the African American Student Affairs, it was clear that black hair was the topic of the evening. The Student Union Ballroom was occupied with an intimate group of women. Many of them were students with natural hair, trading hair tips and new styles they wanted to try out and joking around.

The discussion started off with a viewing of Cindy Hurst’s short documentary “Natural Woman.” The film explores the psychological attitudes that occur when African American Women decide to stop straightening their hair and wear it naturally. Hurst said she produced the documentary so black women could have an internal discussion with themselves.
“We can’t afford to not have this conversation … and it’s no laughing matter,” Hurst said.

Indeed it is not. The idea of straight hair being the best that is ingrained in so many Africa n American women goes back generations. Black women would straighten their hair as a way to be more like the majority of what they saw in media as beautiful. It only became worse when chemical relaxers were made widely available in the mid 1970s.

Relaxers allowed black women the opportunity to burn their hair, altering the appearance and texture to look and feel more like the straight hair of other ethnic groups. Chemical relaxers can immensely weaken hair, leaving it thin and breakable. Some women even lose hair after years of relaxers.

This idea, that straight hair was the best, was passed on to black girls, who were introduced to chemical relaxers, hot combs, and over-processing at very young ages and grew to be ashamed of their real hair.

Today, more and more black women have abandoned the Hollywood idea of “beauty,” the long, straight hair, in order to embrace the beauty of their own natural hair. According to a report by Mintel, a consumer spending and market research firm, sales of relaxer kits dropped by 17 percent between 2006 and 2011. Mintel also discovered that the number of black women who say they do not use products to chemically relax or straighten their hair jumped to 36 percent in 2011, up from 26 percent in 2010.

The panel discussion consisted of several natural women, from NKU students and professors, to a natural hair stylist, mothers and Hurst herself. Each member of the panel discussed their individual journeys in choosing to go natural and what it was like after they did.

The stories ranged form humorous to heartbreaking. One woman says she went natural after being diagnosed with lupus. A mother did it to show her children that it was okay to have “nappy” hair.
Junior visual arts major Casey Stokes said that she noticed a lot of college girls wearing their hair natural, and started to associate it with college educated women. Stokes cut her relaxed hair off near the end of her senior year of high school. She recalled that when she stepped into school, boys didn’t want to talk to her and girls asked her why she would do such a thing.
“I felt more confident.” said Stokes.

Others on the panel had similar experiences after their “big chop.” They claimed that people would stare or get comments from other black women, saying that they looked bad or less pretty. A few were even asked if they had “turned lesbian”. It was, however, in agreement between all participants that going natural gave each woman more self confidence — they felt liberated. The group discovered natural hair to be easier the take care of, calling it “wash and go” hair.

For those looking into going natural, there are two ways to transition. First there is the “big chop.” The fastest transition, instead of getting your next touch up, you can simply ask your stylist to cut it all off.

The second is the “long term transition.” All you do is wait patiently for your hair to grow out to a comfortable length before you decide to cut the relaxed ends off. Just remember to keep your hair and scalp moisturized with natural products.

“If you can’t eat it, don’t put it on your hair, because anything you eat or put on your hair goes into you blood stream,” advised Jennea Dorsey, a natural hair stylist from Dayton, Ohio.
So, what is “good hair?” Well, quite frankly, my dear, it does not exist. “Good hair” is an illusion given to us in the hypnotizing form of television, Internet, movies and magazines. The truth is, all hair is beautiful. Be it long, short, straight, curly, nappy, smooth, kinky or shiny. Looking around at black women today, you will see that this acceptance of self is growing.
“It’s a movement,” said Hurst. “This is who I am and I am going to love all of me.”