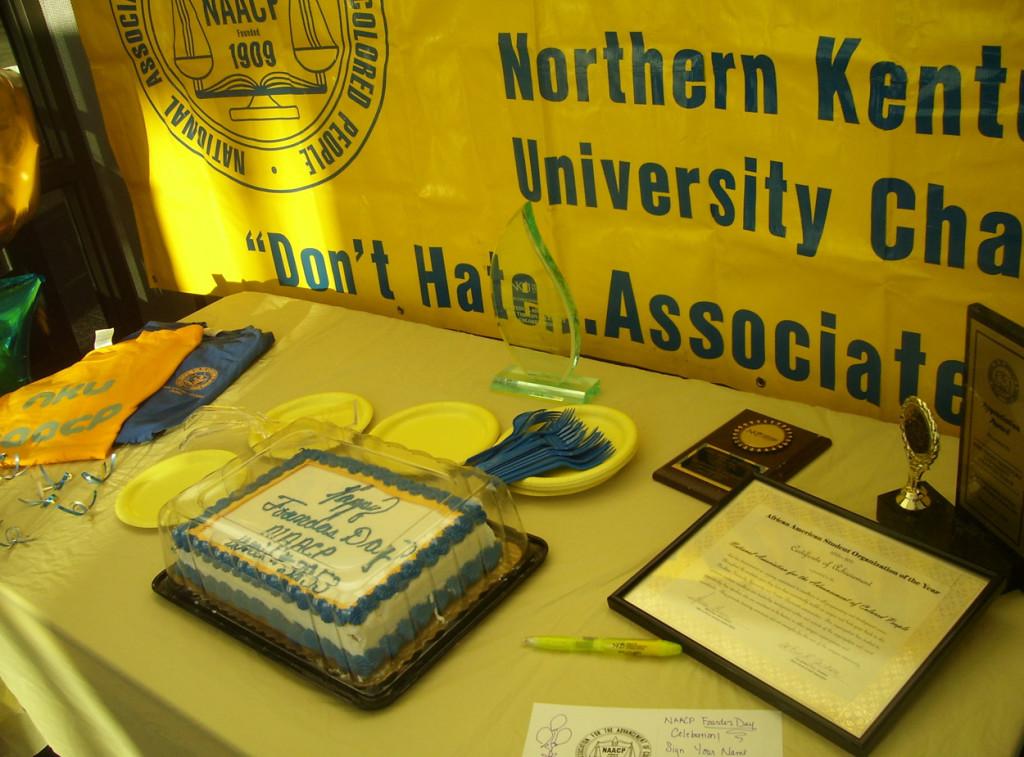 The Northern Kentucky University chapter of the NAACP welcomed two new members at its birthday celebration Feb. 12, increasing membership from 44 to 46.
The NKU chapter of the National Association for the Advancement of Colored People set up a table outside the Miss Black and Gold Pageant, in the Student Union, to inform people about the organization, and to encourage them to join.

In honor of the 103rd birthday of the NAACP, the group offered blue-and-gold ribbons and cake to passers-by.

“It’s important to remember your past and where you came from,” said Nia Slaughter, the chapter’s vice president.

The NAACP was founded Feb. 12, 1909 by a group of about 60 individuals, including William English Walling, W.E.B. Du Bois and Mary Church Terrell. Since then, the organization has grown to over 300,000 members, according to a 2011 press release on the organization’s website.

Freshman political science major Damon Dodson joined the organization in fall 2011 because he noticed that there were not many African-American students at NKU, and he wanted to connect with people on campus.

In spite of the name of the organization, though, many of its founders were white, and according to the NKU chapter president Yunina Barbour-Payne, anyone is welcome to join.
“It’s a way to not just unite the black community, but the community at NKU, and the world,” Dodson said.
The NAACP offers annual and lifetime membership options, with varying fees depending on the age of the individual who is joining. According to Barbour-Payne, the membership fee for the NKU chapter is $10, and the membership lasts for one year.

For more information about the NAACP, visit their website at http://www.naacp.org//