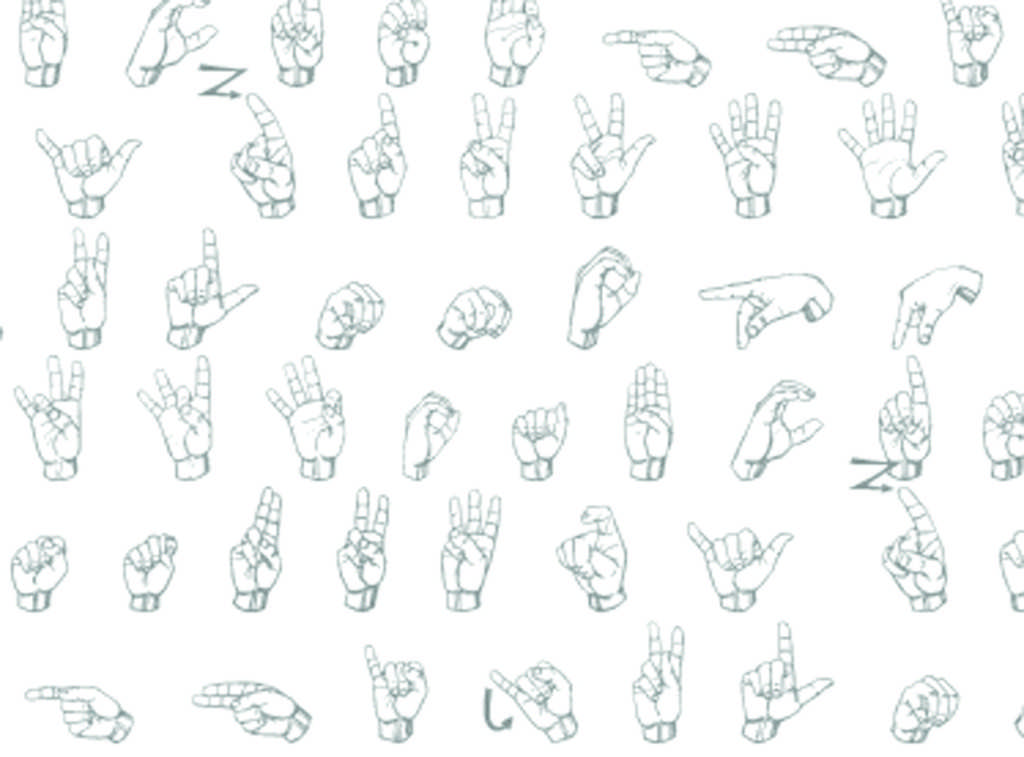 Growing up senior communication major Crystal Hudson was able to hear the food cooking on a stove. As the years progressed and a few unfortunate accidents happened the her sense of hearing faded and she wasn’t able to hear when the stove would alert to her food being cooked.
Being “late deaf” means acquiring deafness after adolescence due to an accident, illness or some other cause. A late-deafened adult has to use the aid of lip reading, sign language or a computer translator.
Hudson is late deaf and binaural, meaning she has to wear two hearing aids. She has been using sign language since 2004 and now uses it in her day-to-day life. Her signing has become a habit that she does in a normal conversation.
Hudson tutors other students at Northern Kentucky University how to sign through the Learning Assistance Program. But she has been showing those wanting to learn before being hired by Learning Assistance.
When Hudson came to NKU in 2009 as a transfer student from Western Kentucky University, she didn’t have the opportunity to take sign language courses, because NKU does not offer them. Due to the lack of sign language support Hudson began to teach students herself. Anyone that wanted to learn how to sign she gladly showed them.
“Many people for a period of time approached me with an interest in learning sign language. People would share with me their goal, purpose or reason for wanting to learn,” Hudson said. “People shared with me their interest of and frustration with a true fact, that NKU does not offer any classes on campus.”
There is no degree or concentration at NKU, Hudson said.
While there are no official courses offered by NKU, instead the NKU Connect Center has two courses in American Sign Language. The first course covers the basics in the language, while the second builds upon that. These courses are not for credit and are open to the community.
The NKU Connect Center focuses more on community and offers language courses in French, Spanish, Italian and American Sign Language.
Hudson began tutoring last semester for the Learning Assistance Programs after both Hudson and the LAP showed interest in having sign language offered through the center. She became frustrated for the people that wanted to learn sign language but had no where to turn to.
“I became frustrated for them, for everyone, and decided to go into the tutoring center, where I have been helped myself and asked where can they learn,” Hudson said. “I was told they agreed and was asked if I was willing to teach.”
Hudson created a schedule that was put into the Learning Assistance Program’s TutorTrac system.
The turn out for sign language tutoring was a mystery to not only Hudson but to Academic Tutoring Coordinator Paul Ellis as well.
“I was a bit apprehensive about who would actually show up if I put myself out there to help,” Hudson said.
Ellis echoed those worries, saying he was just pleased people are interested in the tutoring.
There are eight students who Hudson has tutored since she started. The students who wish to learn sign language have different reasons why. According to Hudson, people come to her with reasons such as family members having a hearing impairment, have wanted to learn but do not have a place to do so or just have an interest in the language.
junior English major Jordan Holden went to Hudson after seeing an announcement in the N3 stating sign language tutoring was now offered. Holden wanted to learn how to sign because she is a campus tour guide and wanted to be prepared if a person who is deaf was in one of her groups.
“It’s been wonderful. She started out as a teacher but she’s grown more into a friend,” Holden said.
Holden’s sessions include learning how to sign the different campus buildings. Other times the two just talk while Holden watches the signs being made by Hudson. “She’s really patient and willing to learn and that’s really comforting,” Holden said.
Each session is different with Hudson. She leaves what will be gone over up to the student and then goes from there. “I basically begin asking what the student knows and their interest or reason behind learning,” Hudson said. The student is Hudson’s focus, each student is their own teacher. Hudson crafts what she knows to best help each student to better “benefit their curiosity or learning experience.”
“I am there for [students],” Hudson said.
Teaching is a huge passion of Hudson’s that makes her very happy, according to her boyfriend Jeremy Gibbs.
“She loves to teach kids and people sign language,” Gibbs said. “Its something she has a huge passion for. When we go for periods of time where we haven’t signed a lot she’ll even say ‘I really miss doing it.’”
Gibbs was intimidated at first about learning how to sign, but it eventually became fun and helped the couple’s communication. If they can’t sign in person, Jeremy and Crystal will use FaceTime on their phones to sign back and forth.
According to Hudson, learning how to sign varies from person to person. One person may have a hard time with a certain letter or word, while another knows the whole alphabet without having any trouble. “One goal of mine is to help students see themselves as no better or worse than another,” Hudson said. “It is about patience and being willing.”
When a student she is tutoring gets a certain phrase or word a certain “ah ha moment” comes across their face. After stringing a few signs together a student has a “look on their face like ‘oh, I did it!’”
“I enjoy watching and experiencing those moments, it makes it all worth it,” Hudson said.