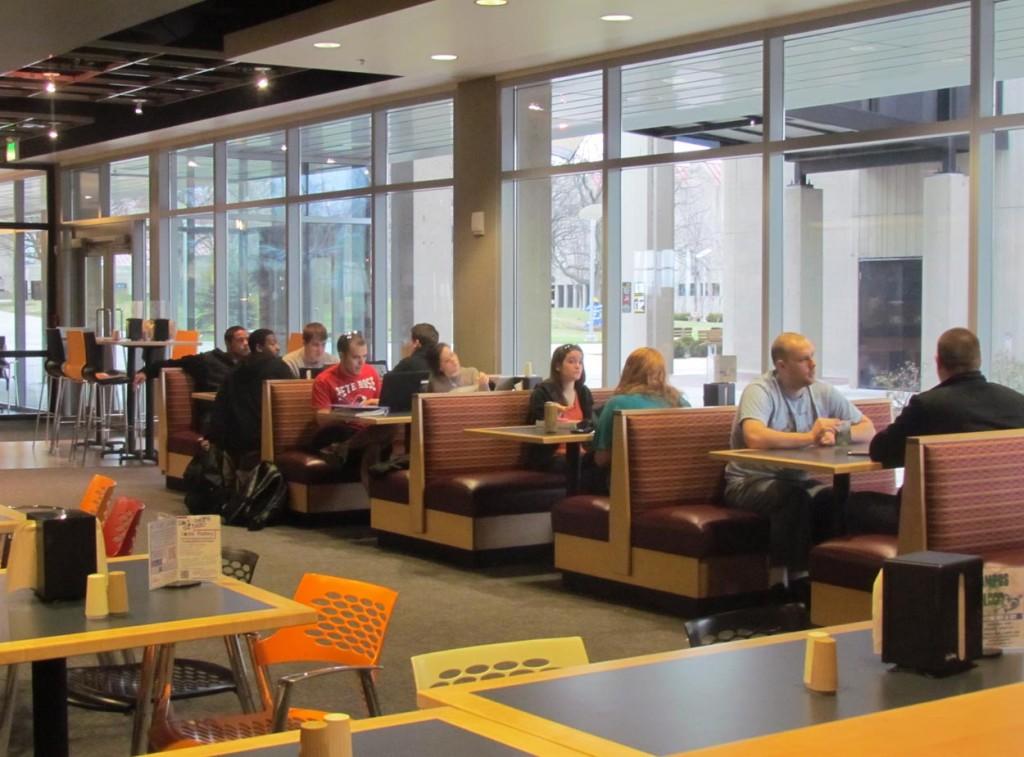 Upon their return in January, students at Northern Kentucky University may have noticed some changes to the Student Union food court, Northern Fare.
Over the break, two Northern Fare venues, Al Dente and Whole + Sum, switched spots. Whole + Sum is now located next to Papa John’s, and Al Dente is next to Coyote Jack’s.
According to Melissa Pompa, the resident district manager of Chartwells at NKU, the change occurred because the introduction of Al Dente (a pasta bar where students can choose their own pasta and sauce combinations) brought in so much traffic that it was overrunning its spot next to Papa John’s.

Pompa explained that resounding consumer request and a venue’s “footprint” – sales, traffic and other things of that nature — are the main factors in a change.
“[Al Dente] was busy; they’d have to run to the kitchen for replenishing and things like that because they didn’t have the operational,” Pompa said. “Stuff wasn’t set up there. And then you have Whole + Sum, which is a great concept, great food and we really like it, but they had the bigger space that had all of the stuff we really needed for this place that was growing much faster.”
The venue flip is not the first change Northern Fare has experienced. The current location known as Fresh Fusion used to be an Edy’s ice cream location and the current Al Dente location used to be called Zona and served Chipotle-style Mexican fare before it was Whole + Sum. The location known as The Strip also used to be a “homestyle-cooking” type of restaurant and served meals like meatloaf and mashed potatoes.

For students who live off-campus, take classes part-time, or are new, the changes made to Northern Fare aren’t as obvious. However, one thing that they want to see more of are healthy options like Whole + Sum.

“I think that a lot of the restaurants that are here are like a lot of fast food, like burgers and french fries,” said sophomore social work major Michelle Tensing. “It would be nice to just have more of a variety, I guess, more healthy things.”

Pompa explained that health is taken into consideration with changes and new venues. She also explained that Chartwells works with the Wellness Center on healthy eating initiatives, like Healthy U.
Healthy U selections are available at all restaurants in Northern Fare and must meet the criteria of: Less than 30 percent calories from total fat, less than 10 percent calories from saturated fat and at least two grams of fiber, according to the NKU Wellness webpage.

“It’s hard to eat healthy…and we’re on a college campus,” Pompa said. “Younger people, some really care about the health effects of eating, and some are just like, ‘I’m young,’ and don’t really want to be bothered with that kind of stuff. We always have to kind of find the happy medium as the food service part because we’re here for everyone on campus.”
Undeclared sophomore Zach Emral agreed with Pompa’s comment. He said that this way of thinking “speaks to the generation” in the way that the food most desired by college students is “not always practical, but tastes good.”

Despite the obstacles in getting healthier foods to students, Whole + Sum and Healthy U are taking a stab at getting college students to make healthier choices, and the placing of venues is one way to ensure these places are in locations that best help them meet that goal.