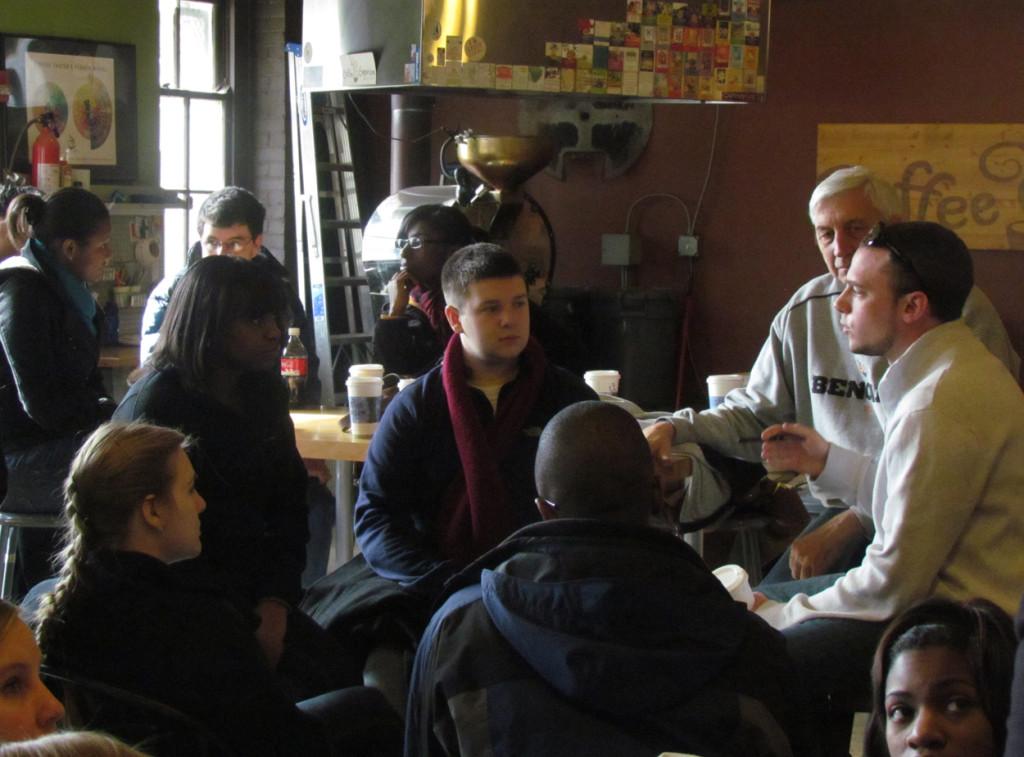 For approximately two hours, students volunteered by cleaning, painting buildings and playing with children, among other activities.
“I have always participated in MLK service events,” said junior political science major Erin Smith. “Now that I’m in college, it’s my choice how I serve the community.”
Smith was one of 35 volunteers who interacted with the children at Children’s Home of Northern Kentucky.

Some students not only gave their time and services but got something out of the event as well. Aside from a T-shirt, which all participants received, some students gained new perspectives.
“It made me feel really grateful for how I grew up with my family,” said freshman psychology major Jack Bullar.

Nikki Booker, who hosted a book reading and discussion at Coffee Emporium, related the book “Waddie Welcome and the Beloved Community” to King’s message.
“The book is about bringing people together: black, white, whatever,” Booker said. “[King’s] whole speech was about bringing people together.”
This year marked the second year of the MLK Day of Service at NKU, since it began in 2010. According to Strahorn, about 200 students have volunteered each time.