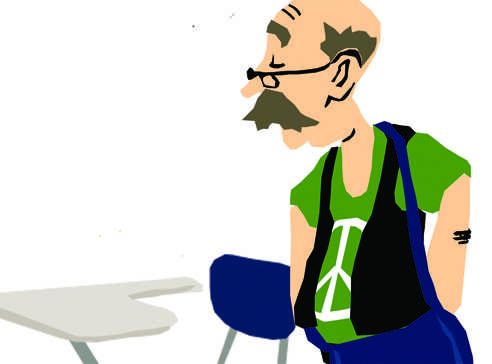 For many college students, the pressures of life, be it family or a necessary job to make ends meet, can make earning a college degree on the first try harder than ever. But in 2007, the Kentucky Council on Postsecondary Education created Project Graduate, a program to get students who left college prematurely back into school.

Project Graduate is also part of a statewide initiative to increase Kentucky graduation rates by 2020, according to Associate Director of NKU’s Program for Adult-Centered Education (PACE) Debbie Poweleit. She said that currently there are not enough high school graduates to meet the projected goal of 3,149 completed bachelor’s degrees by 2020, so PACE is focusing more on getting former students back into class.

Since Project Graduate’s inception in 2007, 10 Kentucky institutions have adopted the program to help former students get back into college and complete a degree.

Poweleit said the scholarship is divided up over four semesters. “It’s not much,” but it helps with books and extra expenses that come with being a student, she said.

At NKU, Poweleit and PACE work to help returning students decide which path to take. The department guides students in the right direction to complete their degree or help choose a new one, then assists in choosing what classes to take to reach that goal.

The students who return to NKU are usually adults in their 30s or 40s. Many are finishing up their degrees because their previous attempt was interrupted due to children or families, or they realize a degree could advance their careers, Poweleit said.

Since Project Graduate began at NKU, several hundred students have returned and completed their degrees, and an even higher number has reached out to PACE for more information about the program, according to Poweleit.