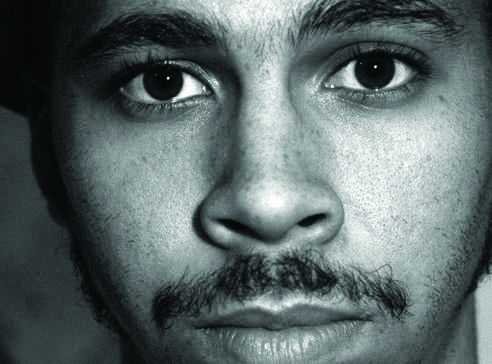 Northern Kentucky University alumnus Samuel T. Phillips has been using a typewriter for about six months. He mostly uses it to type short stories and poetry, which he posts online and reads to rooms full of people. Phillips wants to share his story, and he wants to give others a place to share their experiences, through poetry, music and other forms of artistic expression.

Phillips, who graduated from NKU in 2009 with a bachelor’s in English, organizes an open mic group called Wild Onion. Wild Onion is held at Groove Coffee House, in Covington, the second and fourth Wednesday of every month, from 7 to 9 p.m.

Phillips said that Wild Onion is a laid back group composed of about 10-15 regular participants. The intimacy of the small group lends itself to what Phillips describes as an open forum, featuring poetry, short stories, monologues, novel excerpts and music.

“People are pretty much open to listening to everything, whether it’s raunchy, or flowery, or avant-garde,” Phillips said.

In the four months that he has been going to Wild Onion, 21-year-old Covington resident Colin Andrews has heard everything from rant-style poetry to hip-hop style rhymes. According to Andrews about half the group is made up of poets and the other half musicians.

The first time he attended a Wild Onion open mic, the room was so full, people were standing in the hallway, and each person only got about 10 minutes to perform.

Jared Presley, 26, would like to extend the time of the Wild Onion sessions. Because open mics often take place in bars, they continue later into the night than Wild Onion. However, Presley said that the coffee shop setting fosters a more nurturing atmosphere and attentive crowd than a bar.

According to Phillips, people at Wild Onion are open to responses from one another. Audience members often give feedback about things they like or find interesting about performances.

Phillips has also been trying to get people to come to the coffee shop around 5 p.m. on days when the group meets for a workshop. The workshop provides an opportunity to share work and get feedback on a more individual basis and is especially aimed at newcomers.

In addition to organizing Wild Onion, Phillips has also been working on a nonfiction manuscript he said “reads as a collection of short stories,” which he plans to send out to publishers this month. Phillips also plans to return to Denver, where he stopped during a tour he did in 2010. Phillips does not expect to stay in Denver permanently; but he hopes that while he is there, he will be able to grow as a writer.
For more information about Phillips and Wild Onion, visit his website at http://www.samueltphillips.com.