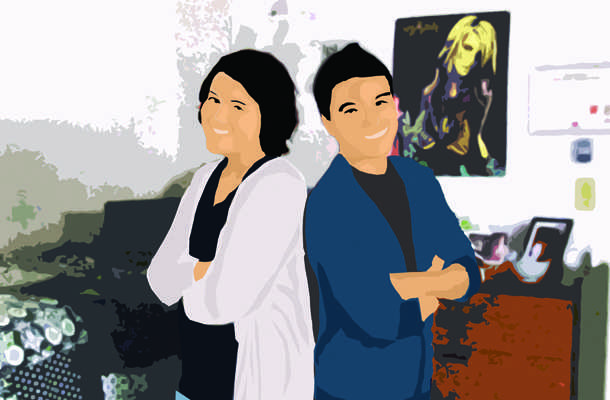 Typically, when students sign up for on-campus housing, they are expected to check a box identifying as “male” or “female.” But what happens for the students who do not fit either box?

Northern Kentucky University junior Sam Emmitt encountered this issue at the time of making housing arrangements at NKU. While he said NKU University Housing staff was helpful and understanding, he admitted that gender-neutral housing on campus would have made social life easier for him. Emmitt lived on campus through his sophomore year and was in the process of gender transition at the time.

“I think gender-neutral housing is a really great way to finally break down that societal construct of, ‘Oh, there’s only these two things.’ That’s a good [sic], I think, a really big first step in my mind,” Emmitt said.

Arnie Slaughter, interim director of University Housing at NKU, said the possibility of any new type of housing would be based on “circumstance and interest” of the students.

“There’s no formula of, ‘if we get ‘X’ amount of individuals who want certain type of housing’; It’s more looking at the polls of the students, the needs of the community and also the feasibility of the request,” Slaughter said.

Slaughter explained that after the decision to incorporate a certain type of housing to be is made, research is done on the ways in which other universities implement a new housing style. In the case of Greek Life affinity housing, Slaughter said it took roughly a year to discuss. Matters of housing location, sharing a restroom, and space availability are taken into consideration when planning all special housing arrangements.

Mitch Mercer, the president of NKU’s Common Ground, said that he believes gender-neutral housing is “100 percent necessary.” He felt that if the area set aside for gender-neutral housing were set up like the University Suites, the logistics of shared bathroom space and general floor safety would not be an issue, and would be made comfortable for those involved.

Bryan Morton, a sophomore athletic training student at NKU, said that although he would be comfortable living with someone of any sexual orientation, he personally wouldn’t take part in gender-neutral housing because he feels that the other student might not feel as comfortable.

Morton went on to say that gender-neutral housing would help LGBTQ students avoid situations where they are paired with a roommate with whom they would potentially desire to form a romantic relationship, thus helping to eliminate sexual tension within housing arrangements.

“I wouldn’t mind living with a male that was gay, because I get along with them a lot. So, I mean, it wouldn’t bother me at all,” NKU freshman Brittanie Glasser said.

For students like Emmitt, who identifies as transgendered, gender-neutral housing is one more step NKU can take to ensure that all students feel welcomed and safe while living on campus.

“I know [Resident Housing Association] does a lot to try and do that, to build that sense of community,” Emmitt said. “But if you can’t even identify yourself how you wish to be identified, then that breaks any sense of community that you can be able to have. Because you’re still trying to fight for yourself, no less the community you’re trying to build.”

Emmitt said that while he had a very positive experience with the NKU housing department in his time living on campus, if NKU wishes to move up to Division I in athletics, they need to move there in academics.

In order to move up in academics, Emmitt feels that a natural foundation begins with establishing a welcoming and inclusive atmosphere in on-campus housing. Gender-neutral housing would be a move in that direction.

Slaughter said that if students would like to see a new type of housing applied, the best thing they can do is voice their request. Through expressing interest to the housing department or Resident Housing Association, students could potentially bring gender-neutral housing to NKU’s campus.