Much Ado is more than nothing 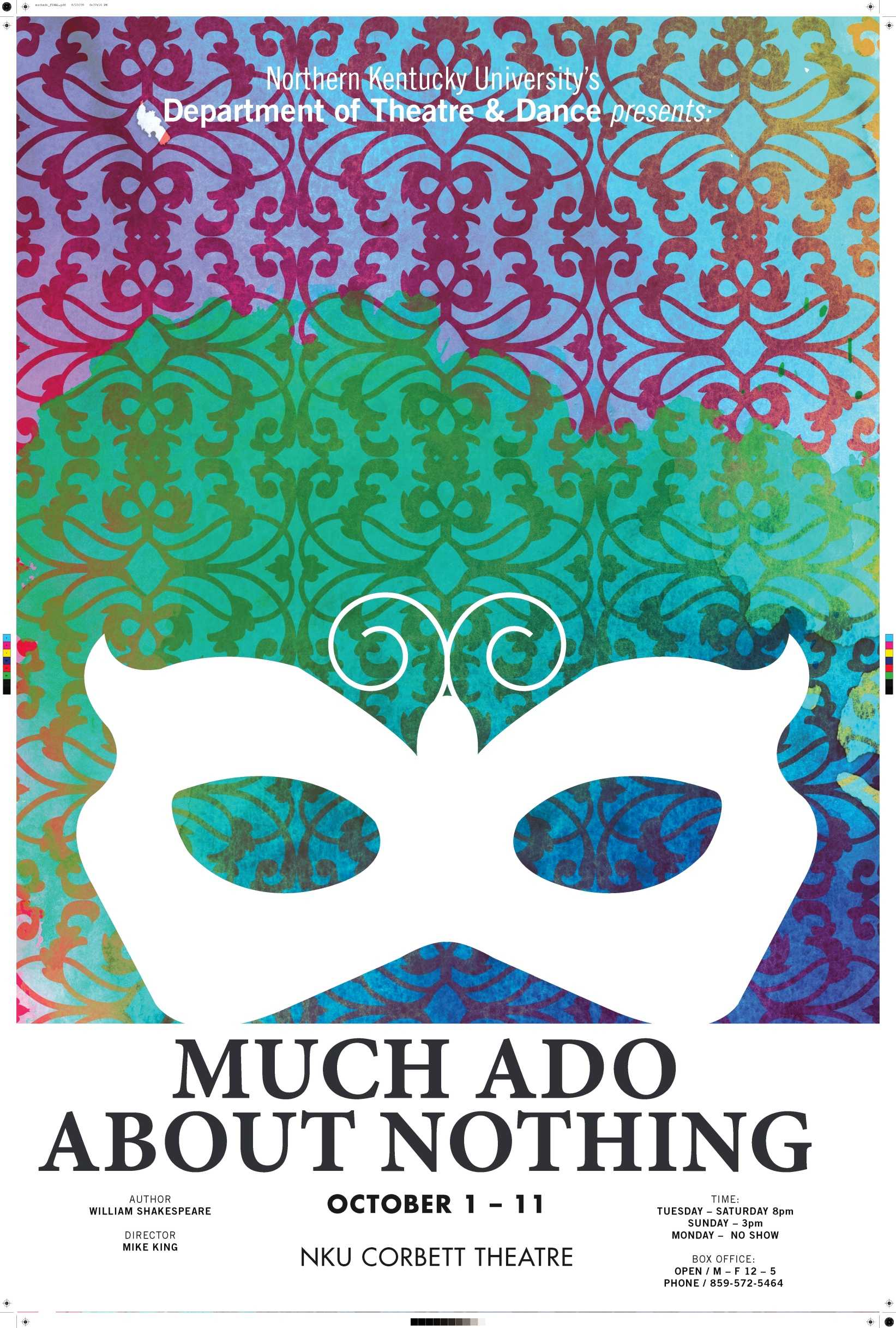 The first installment of performances to hit the big stage at NKU this academic year is the Shakespearean tale, Much Ado About Nothing.

In the romantic comedy, we are introduced to a pair of lovers (Claudio and Hero) who are set to be married in a week. In order to fill idle time, and entertain their own whims, the duo conspires to convince two unsuspecting characters to proclaim their love for each other.’ Benedick, a selfish and self-proclaimed life-long bachelor is, through a series of lies and eavesdropping, coerced into giving his heart to that of Beatrice (a cynical girl of wealthy means – both challenging and opinionated). She then proclaims her love for him, but along the way a whole host of other factors materialize.

The play was traditionally set on the Italian island of Sicily in the 17th century, and deliberately transplanted to the Regency era of 19th century England by director Mike King. The new location and time period was chosen for the similarity in values that were typical of the Shakespearean time: personal honor, romanticism, chastity and a vast economic stratification. Although the eras are divided by two centuries, the sorted scenario seems to jive.

The line of characters (21 to be exact) are scheming. No hijinks or deceit is lost in translation. We are revealed a world of characters that are amalgamated, ripped apart and reunited – all predicated by a stage of lies, half-truths, conspiring factions and double-entendres. It is akin to a soap opera, but with a Shakespearean twist. The performers and production crew pull it off without a hitch.

The natural step from high school nowadays is some form of higher education, whether it is a university or a trade school. For the cast members of Much Ado, the gradual step of talent was well beyond that of a university – they exuded near-flawless delivery of lines and an ambiance of drama, expressing an equally keen distribution of comedy. Senior Johnny Kyle Cook portrayed Benedick and delivered an energetic and versatile performance, weaving both humor and dramatics together as if it all were old hat. Senior Aaron Brewer portrayed Dogberry and delivered the typical clown fixture to the play, but in an un-typical style. His release of humor and sense of physical comedy was top-notch. Because it is cloaked in Shakespeare’s 16th century slang, discovering the plot and dialogue may take the average audience member at least until the second act before it is realized what the actors on stage are trying to convey. Do not let this discourage you – like many plays that stream from the quill of the Bard,’ once revealed, it is well worth it. So, along the route of confusion and uncertainty, make sure to take notice of the set. Breathe in the estate where most of the play unfolds. Take note of the historical garb and the seemingly two-ton gate that floats away during scene changes, as if it defies gravity itself.

As for the play, enjoy the convoluted expression of Shakespearean hearsays, loaded chitchat and a degree of deceit. But bear in mind, like many high-comedies, in the end, nuptials will most likely prevail.