Capturing the meaning of the white whale 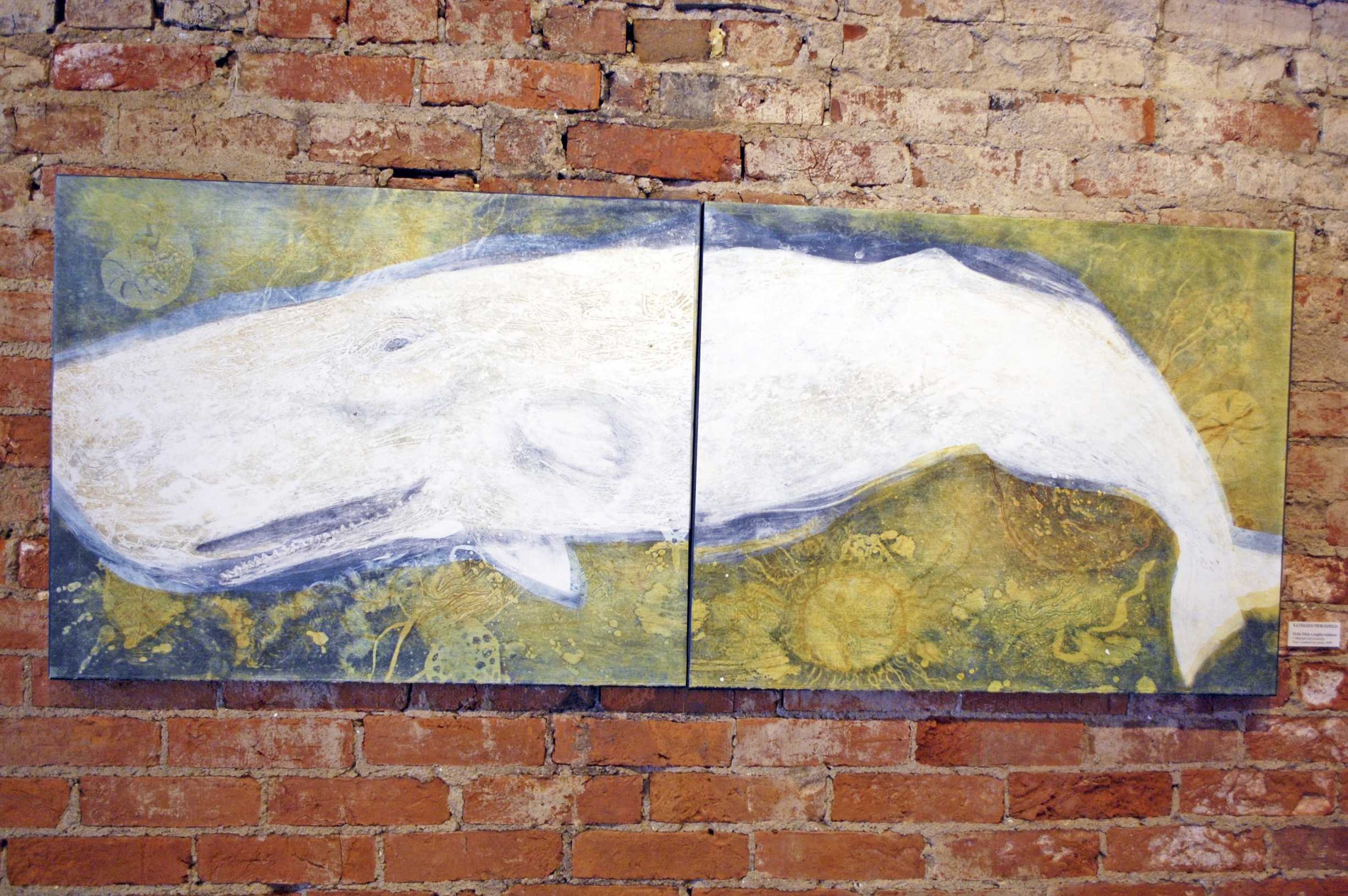 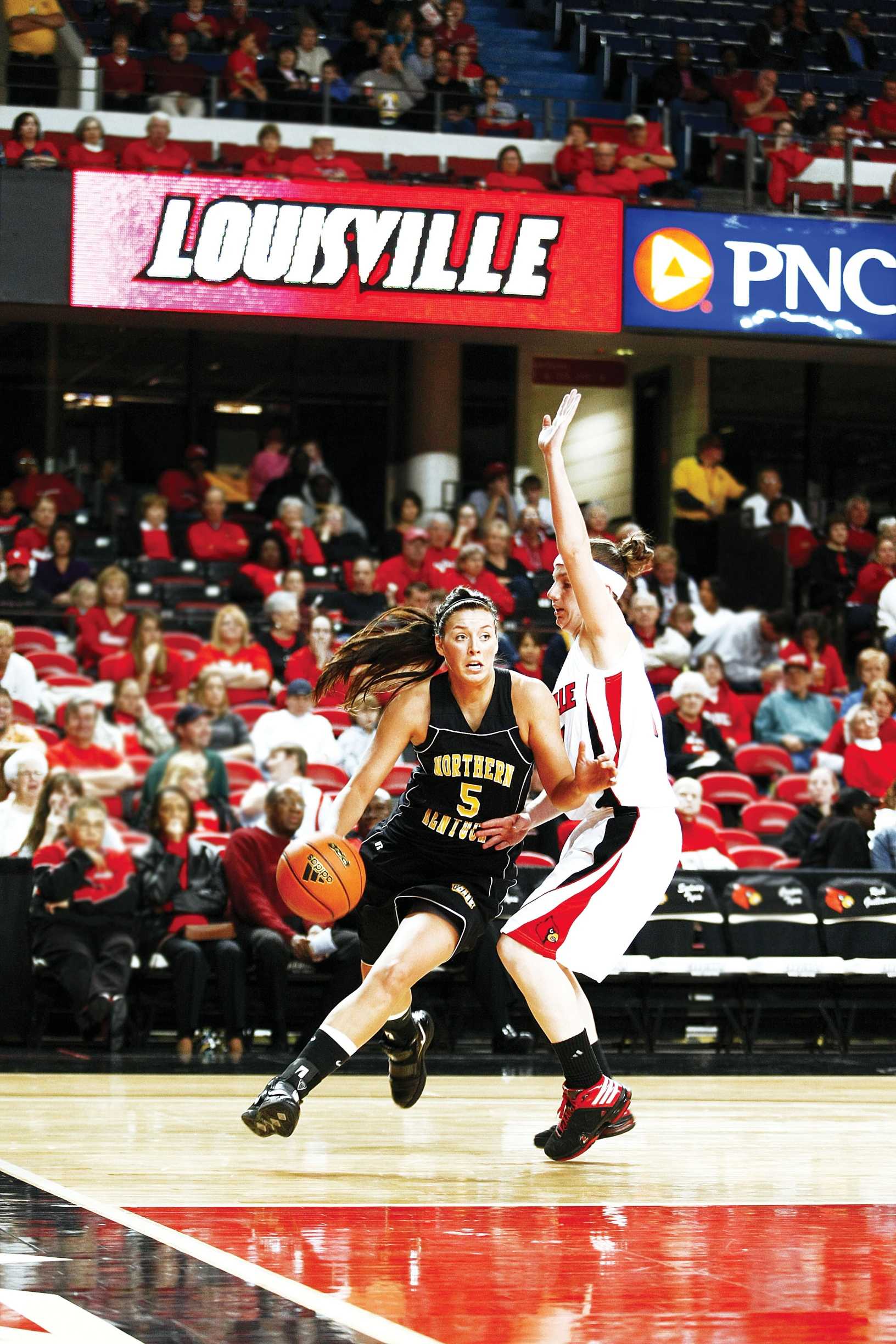 He did not like the book when he first read it in high school. In fact, he hated it and it would be years until the Northern Kentucky University professor reread the classic piece of literature and finally realized how incredible it was. Dr. Robert Wallace, a 37 – year veteran of the English department, was so inspired by the novel that he created a class based around it, entitled Melville and the Arts.’

‘Moby Dick is a hard book to read,” Wallace said. ‘The class gives the student the ability to read and interpret all the different characters throughout it.’

The class, offered every other spring, takes a good hard look at the elusive white whale and the myriad of individuals that pursued it. Like many classes that are based on a novel, the Herman Melville 1851 classic is read from cover – to — cover, depicting the book’s illustrations as well as what the author was trying to say.

However, with Wallace’s class there is one hitch. The final project, more often than not, includes the student creating an original work of art instead of writing a research paper. From poetry and prints, to paintings and ceramics, the idea of creating art as a final project has gained enough momentum over the years that Wallace accumulated enough pieces, which are currently being showcased in an exhibit, Chasing the Whale, in Northern Kentucky, featured at the Zaum Gallerie in Newport.

‘ ‘We’ve done several NKU shows over the years,’ said Zaum owner, Adam Shelton. ‘But this show is all just based on the book.’ ‘

The exhibit features 12 artists, 10 of which are prior and current NKU students spanning 1994-2009, all responding to the characters and ideas from the novel. It is the first of its kind outside NKU and owes its inception in part to former student, Fred North, who in 1994 approached Wallace about turning in a painting for his last project, according to Wallace.

‘ ‘I might never have thought to give that option to my students,’ Wallace said in an e-mail statement. ‘I have given it to every class in Melville and the Arts since.’

Wallace chose to dedicate the show to North and his painting The Lee Shore, at the exhibit’s opening ceremony. Although North died in 2005, his inspiration lives on through the other pieces.’

Among the other 31 original works, the show was mostly built around 2004 graduate, Kathleen Piercefield, who created 14 prints depicting various characters and themes from the novel. ‘

Her work entitled, The Voyage of the Pequod, depicts a map of the world, marking the numerous travels and encounters of the ill-fated ship and its crew.

‘ ‘I don’t know how an illustration like this has never been created before Kathleen’s,’ Wallace said. ‘

The bachelor in fine arts graduate has had several pieces receive national recognition among Melville scholars. The map can dually be seen in the 2007 edition of Moby-Dick. But among her favorite work is her print depiction of the south Pacific Islander and lead harpooner, entitled Queequeq in his own person.

‘I was very taken by the character of Queequeg,’ Piercefield said. ‘He is a skilled hunter, but without brutality.’ ‘

In the image, Queequeg stands eight feet tall and his body riddled with tribal tattoos. Wallace contends that the Melville character is not standing as a man with a harpoon ready to kill a whale, but a man at peace. ‘

‘It is getting to the heart of nature,’ Wallace said. ‘The nature that lies beneath the blood and the chase.’

‘ The majority of the artists in the exhibit are female. And this is due in part, according to Wallace, to a recent trend that borrows itself from ideal-movements like Ecofeminism (a movement that emphasizes, among other tenants, the importance of symbiotic connection between humans, animals and the environment).

‘ ‘People tend to think of Moby – Dick as a male undertaking,’ Wallace said. ‘But this is not the case.’

‘ Wallace insists that women have been leading the way in interpreting the novel as of recent years, and that bloodier scenes of past illustrations have given way to other ideals. ‘

‘In this painting [A Mighty Mildness], Kathleen Piercefield doesn’t stick a giant harpoon in the side of Moby – Dick,’ Wallace said. ‘Instead what we see is the whale, at the end of the book, swimming like a god.’

Other works being showcased at the exhibit include a 15 – piece teapot set created by Danielle Wallace. Adorned with several scenes from the book, one tea cup is incomplete and somewhat hobbled, as if it were the peg – legged Ahab himself.

A series of three quilts were created by English major, Laura Beth Thrasher. The 54 inches by 62 inch blankets display several scenes and quotes from the novel on each side. Even more amazing, says Wallace, is that all three were completed within a single semester.

‘Seeing all those many varied responses to Moby – Dick gathered in one place is a great testimony to the power of the novel,’ Piercefield said. ‘And also to the creativity and enthusiasm Dr. Wallace inspires in his students.’ ‘

When it comes to Moby – Dick, there are many images and themes that first come to mind, but in Wallace’s judgment, the show captures more than the conventional wisdom.

‘ ‘Most people think of Ahab and the white whale,’ Wallace said. ‘But if you look around the gallery, there is so much more than that to the book. Chasing the Whale in Northern Kentucky can be seen through Oct. 9, from 10am-5:30pm on Tuesday – Friday and 10am – 2pm on Saturday, at 811 Monmouth St., Newport. There will also be a closing reception Oct. 9 from 6 – 9 pm.’ www.galleriezaum.com.