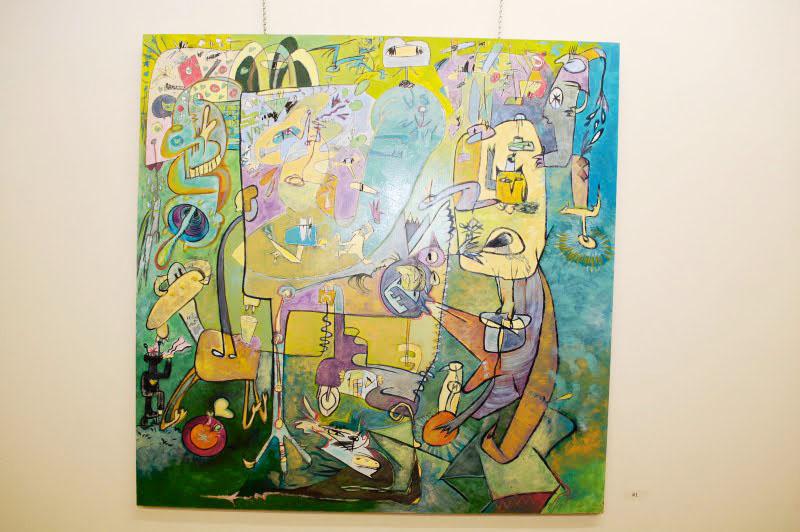 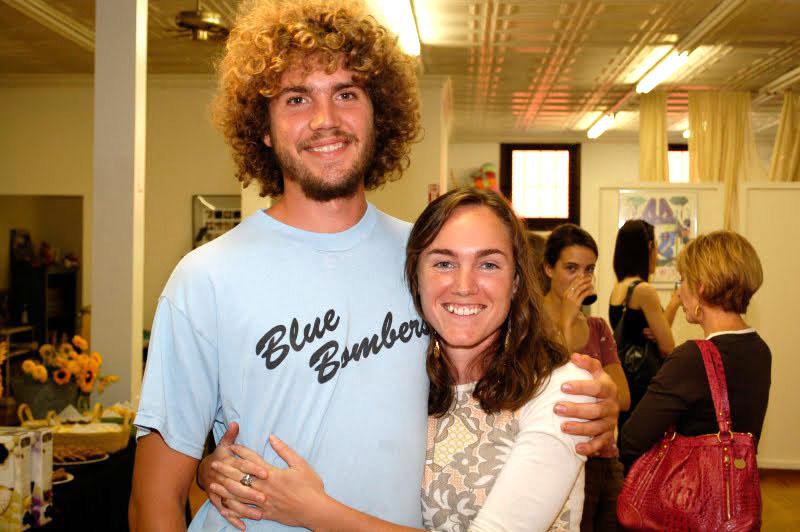 In this current economic climate, getting a job – especially applied to one’s university degree – is a rare occasion. For two Northern Kentucky University graduates, putting their degree to work has been their mission.

At first glance David Chal and Patricia (Patty) Corbett may seem a conventional young couple – a twenty-something compilation right from any out-of-the-way or alternative coffee shop. But to see them accompanied by their art, something they prize together, it is soon realized that the relationship runs deeper.

Both graduates of NKU’s Fine Arts Department, Chal and Corbett’s collaborative works are being featured at the Frank Duveneck Arts and Cultural Center in Covington, Ky. through the end of September.

About a month ago, Corbett was contacted by a member of the Art Center’s board to’ put an exhibit together.

‘I agreed to create some works,’ Corbett said. ‘But I was working a great deal in the garden at the time and it just wasn’t coming together.’

To support their art, both Corbett and Chal garden – selling their crop at a local farmer’s market in Erlanger, Ky., and to shareholders of a local Community Supported Agriculture (CSA) that they both run. It was there that Chal made a suggestion.

‘Dave and I were working at the CSA,’ Corbett said. ‘And it was taking up a lot of our time so Dave suggested collaborating on the project.’

For the duo, the collaboration, called ‘Adventures Beyond Wonderland,’ has been a perfect fit. According to Chal, the creative process that produces what he categorizes as ‘part abstract, part surrealism’ draws its ‘inspiration and spirit’ from their work with gardening and nature.

‘There wasn’t an intention to connect the art to gardening, but they both truly are connected,’ Chal said. ‘Much like the untouched ground, you begin with a blank canvas, and what you set out to plant and cultivate doesn’t always turn out they way you intend.’ Chal says the artistic process first begins with Corbett.

‘She puts a base color on the canvas and then it comes to me,’ Chal said. ‘I then turn some energetic music on, like Daft Punk or Talking Heads, and then just let go.’ In the art community the process by which Chal works is referred to as ‘spontaneous drawing’ or ‘stream of consciousness.’

‘It is quite modern art,’ said Sister Janet Bucher, who attended the exhibit’s opening night. ‘They need to be studied a bit to interpret what is going on with all the color and darkness.’

The style, according to Chal, requires the artists to take their chosen medium, in this case charcoal, and draw whatever comes to mind – or in a lot of cases – whatever doesn’t.

‘You have to just let go in your mind and what you end up with can sometimes look like an explosion,’ Chal said. ‘Or, it can end up having more symbolism, like this painting over here, which could be interpreted as a phallic symbol.’

But he admits that drawing in such a random manner makes the production of the work go fast.

‘I put the piece of charcoal on the canvas, and just start with an abstract form, like an oval,’ Chal said. ‘And before you know it, I’m done.’

The whole drawing process takes about 10 minutes and is an old hat for Chal, who received his degree in both drawing and painting in 2007.’ But, he confesses he’s been out of the visual art arena for some time.

‘I worked a great deal with sound in the past,’ Chal said. ‘In fact, my senior project at NKU was a room set up with thousands of prerecorded sounds being randomly pumped in.’

But, Corbett says that Chal hasn’t missed a beat since getting back into the visual arts. ‘With David working very fast,’ Corbett said. ‘It allows me ample amount of time to get the color combination and themes the way I want them.’

By the time Chal completes his drawing, its an outline and shape extravaganza taking influence from renowned surrealists such as Joan Miro and Paul Klee with strong lines and movement.

‘After I’m done it is ready to be handed off to Patty again,’ Chal said. ‘So she can do what she does best – c

‘Dave has a lot of abstraction and Patty does a lot of figures and landscapes. But it seems to work.’

Gaining her color inspiration from anime creator Hayao Miyazaki (who is known for his elaborate depiction of landscape), Corbett infuses her colors throughout Chal’s outlines. Starting out with color choices from her head, as the paintings progressed, Corbett says, she began to get a great deal of her color choices from natural surroundings.

‘In this piece I placed a leaf at the corner and began to use the color from it to get the effect I wanted,’ Corbett said.

The couple agreed that as they progressed from the first painting to the sixth and final, they underwent an artistic evolution of sorts.

‘The first piece I hadn’t done any work in years – and it shows,’ Chal said. ‘But by the end I got more creative and less repetitive.’

But as far as categorizing what they do, Corbett says they are still not sure.