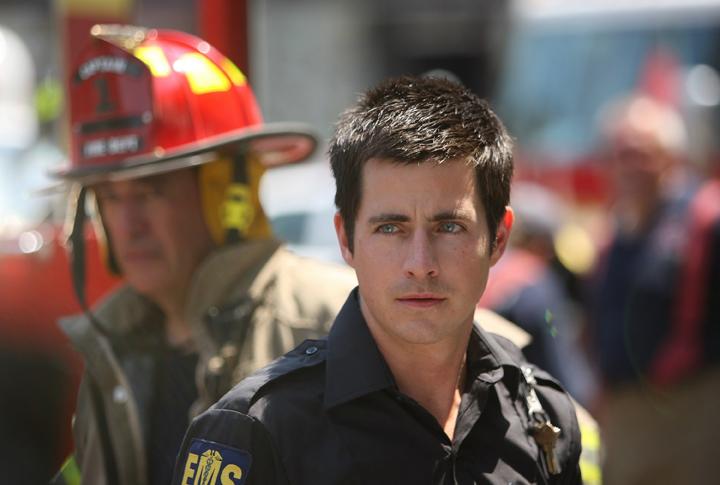 Turning on the television nowadays is an act of futility. Seemingly endless programs that have become aged relics festooning the halls of three of the big four broadcasting stations (ABC, CBS, NBC) have become the status quo.’ Everyday escapes such as, Law & Order, Criminal Minds, NCIS, The Mentalist and all the CSIs (Miami, NY, and Las Vegas) – to name a few – have become virtually inescapable to the untrained and’ uninspired eye. But, somehow Americans clamor for more.

One would think we had enough, or that the infinite pot of ideas, spin-offs and pilots have finally reached a creative bottom-and to a certain degree, they have.

It has been a recent phenomenon for the big three to turn a different direction for proven ideas coupled with fresh writing.’ More and more, the major U.S. networks are seeking fall lineup fillers from Canadian television.’ The concepts are fairly similar to the homegrown American fare: cops, guns, detectives, flannel clad love affairs – but the Canadian counterpart offers a lighter price tag and unsullied writing.

According to an article’ by Judith Klassen for Movie Entertainment’s August issue (Canada’s version of T.V. Guide), the shows being created in the great white north are appealing to the American public because the Canadians have gotten the following down pat: good production values, tight writing skills and strong performances – thrown in with a few ‘Ehs’ from time to time. How could one go wrong?

Also, in the aftermath of the writers’ strike and in the wake of the current economy, the equation seems simple-import cheaper, fresher writers who have already vetted their talents on a not-so-different viewing audience. And, when the licensing fees for new dramas in the U.S. are reaching upwards of $1.6 million per episode, according to AllBusiness.com, it seems a no-brainer for the big three to court Canadian TV at half the cost.

It should come as no surprise that Canada is beginning to crack the simple code that is American TV. After all, they are our brothers to the north.’ The similarities between the countries are uncanny. Both U.S. and Canadian economies are equally plummeting; the U.S. is seeking to amend a bill which will incorporate a Canadian-like universal healthcare system.’ And, while the states have mainstays like McDonald’s, Dunkin’ Donuts, Starbucks and volatile town hall meetings-the provinces of Canada have, well, Tim Horton’s.

Considering the recent cache of Canadian television series hitting the U.S. market, it’s not such a new concept. Take for instance Due South, the police comedy-drama that migrated to America in the 90s, and ran for two seasons on CBS. The show may have fizzled out in a relatively short period, but it did become the first Canadian-made series to earn a primetime slot with an American network, heralding in the great sitcom migration of today. So, the next time you tune in, sample the local fare-with a Canadian spin.